Back for the first time 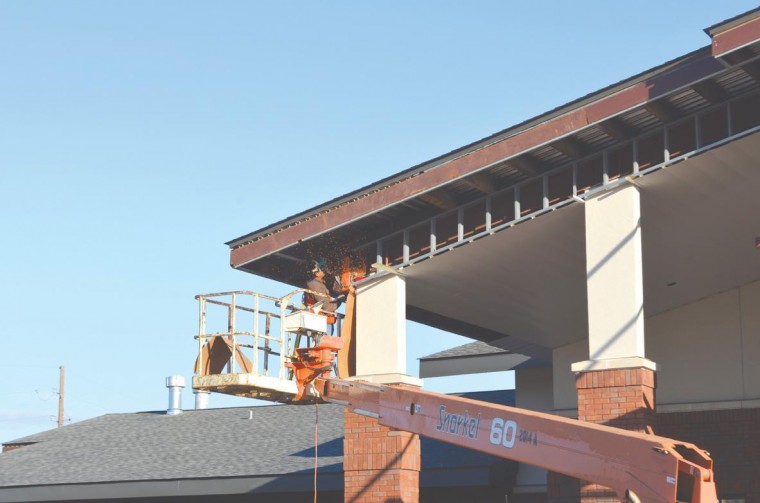 LAPLACE – This morning will feel like a fresh start at a new school for students at LaPlace Elementary returning from winter break as they will be getting their first look at renovations that were mostly finalized over the holidays.

“We will be treating it like the first day of school,” said Principal Allison Cupit. “So many teachers have been working over the past few days to get the new classrooms in order, and it will be a big change for all our students.”

Cupit explained that prior to breaking for the holidays, students and faculty packed up school supplies and classroom equipment from the temporary modular classrooms being used for the last year and a half while demolition and reconstruction was taking place at the school. She said the school enlisted the help of a moving company, which spent last week transporting the packed up equipment from the portable classrooms to the new building.

“So many teachers have come in the early morning this past week to get classrooms situated for students,” Cupit said. “The classroom set up and many of the newer features in the new building will be a complete surprise to the students. They really won’t even know where to go.”

The 55,000-square-foot two-story structure replaces school buildings constructed in the 1960s. The renovations included a new media center with a separate computer room, color-coded hallways according to grade level and a new fully functional cafeteria with a stage – something some students at the school have never had before.

“We have some first and second graders who have never experienced lunch in a cafeteria,” Cupit said. “During construction, lunch was being served at their desks.”

The new main building will be the home for third through sixth grades and two renovated buildings in the back will be for kindergarten through second and seventh and eighth grades. The three buildings form a quadrangle in the middle of the grounds with green space for activities.

The new building also includes two spare classrooms for future growth that will be used for the time being as art and music rooms. Cupit also said that each classroom will now have access to new technology in the form of Promethean white boards, something that the old school could not accommodate.

“The structure of the old building did not allow us to have them in every classroom, and we certainly couldn’t use them in the portable buildings,” Cupit said. “Now each classroom has one, and all of our teachers are ready to use them.”

The new building also features some added security features, which had been a concern in the past, Cupit said. She said in the old building parents could walk the halls bypassing the office all together. The new school now includes gates that block off access to walkways and force visitors to come through the office, where a staff member will buzz them in.

Total cost of construction came in at about $9.7 million, which was paid for through a $46 million bond issue approved by voters in 2008. St. John Parish School Superintendent Courtney Millet said the renovations will not be completely done when students arrive, as there are still some finishing touches being worked on. She said none of the work will affect school operations.

“They have been coming to school near a construction site for the past 18 months, and they have done a great job of tuning it out,” Millet said. “It will be a work in progress, but everything should be complete within the next 45 days.”