EDGARD – A local Firestone dealership has found itself embroiled in thenational outcry involving the company’s tires for Ford Explorers as a St.

The woman, who is unidentified except for the name “Edythe,” was driving inher 1997 Ford Explorer along Interstate 49 in Rapides Parish when the treadof her left rear tire unraveled, according to the lawsuit filed this week in40th Judicial District Court in Edgard.

According to the lawsuit, the disintegration of her tire caused her vehicle togo into the median, back across the pavement, and up an embankment, fromwhere the vehicle tumbled, rolling over three times.

As a result, according to the suit, “Edythe” received a concussion, cuts, aneck injury, cuts to her left arm, broken and dislocated ribs, cuts to both herknees, loss of feeling below her left knee, numbness in her right calf and afractured right foot.

Her attorney, Daniel Becnel III of LaPlace, said “Edythe” is still enduringflashbacks and nightmares because of the accident and is under apsychiatrist’s care.

What disturbed the woman as well, the suit says, was that she took herExplorer to Firestone Tire & Service Center in LaPlace on April 28 to servicethe tires. The front tires were replaced; the rear tires (including the onewhich unraveled) were cleared as good, the suit alleges.

“The manufacturer failed to tell the local distributors of the problems, whichthey had known about for years,” Becnel said, adding the tires, when seen bythe dealer, should have been immediately replaced.

U.S. Rep. Billy Tauzin of Louisiana is conducting House hearings with companyrepresentatives of Ford and Firestone/Bridgestone in Washington, D.C.

Recently, the chief executive officer of Firestone apologized for theproblems, which have resulted in 90 deaths across the country and the Aug.

9 recall of 6.5 million tires, according to Becnel.

“They’ve known about it for three years, and 90 people died,” said Becnel.

“Thanks for the apology,” Tauzin said, “but we want them to acceptresponsibility, too.”Tauzin said this week that internal company memos indicated the problemwas known as early as 1992. A 16-nation recall of the tires was held in1999, but U.S. officials didn’t know until this year.

What will come of the Firestone/Ford hearings, Tauzin hopes, would be amore responsible tire industry who would test tires appropriately andaccurately prior to sale.

Criminal investigations are going on in Florida and in Venezuela, wherecrashes due to the unraveling of certain tires have taken place, and civilpenalties from the National Highway Traffic Safety Commission could followas well. But, as Tauzin observed, “$900,000 wouldn’t touch this problem.”A national class action civil suit is being organized in Nashville, Tenn., Becnelsaid, and both the local suit and another he filed this week in New Orleansmay eventually be dovetailed in with the larger class action.

In the Orleans Parish case, Becnel said the motorist endured a tire unravelingon July 14 on the Mississippi River Bridge Expressway. Although he was ableto bring his vehicle under control, he sustained neck and back injuries.

Meanwhile, Tauzin advised that any motorist with suspect tires should takethe matter seriously. The problem is not visible, and the tires should not betaken for granted.

“This thing is just started,” Tauzin added when asked how long he expectedthe investigation to last. “We have leads on more information. The only endis when we have all the truth.” 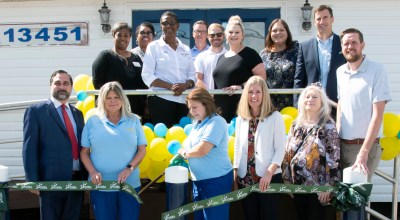 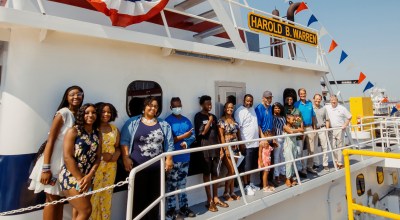