For eight years, those letters stood for the National Football League. Aftera stellar career at both Destrehan High School and Tulane University, Dent went on to a career with the Green Bay Packers and New York Giants as a linebacker, all the while learning of God’s plans for him.

For Dent now, those letters stand for the New Foundation for Life, the church he has started in LaPlace and where he is currently serving as the Senior Pastor.

Dent was influenced to get into athletics at an early age by family and friends in the neighborhood and soon developed a love for football.

“I developed a passion for the game and it snowballed from there,” Dent said.

Dent played football at New Sarpy before going to Destrehan where he played as a freshman under coach Chipper Simon.

“Coach Simon did an excellent job of coaching and teaching us the skills of the game,” Dent said.

Dent started out playing running back but was soon moved to linebacker.

Dent was reluctant at first with the move but soon realized it was for the best.

“Coach Simon knew what was best,” Dent said. “He wanted what was goodfor me.”It proved to be a shrewd move. Dent would go on to be a two-time all-district selection. His senior year, he became the captain and MVP of theteam and was named all-state.

Dent received a full scholarship to Tulane after his senior season. Becauseof his commitment to academics, he was able to graduate high school at midterm and join Tulane before spring practice, giving him a head start on the rest of the freshman class. It paid off as he was named a starter thatseason for the Green Wave.

Dent would go on to an outstanding career at Tulane, leading the team in tackles all four years and finishing as the school’s all-time leader in tackles with 492. He received All-Southhonors and was an All-American candidate.

Dent had good fortune in college, playing four years without an injury.

That would change in his second-to-last game of his career when he went down with a knee injury. Professional teams who were looking at Dentbegan to lose interest.

“I got away from God in my life,” Dent said. “He used the knee injury toget me back on track.”Dent, who might have been a first round draft pick, fell in the draft. GreenBay took a chance, drafting Dent in the sixth round. With newfound riches,however, Dent soon found himself in trouble and in the hospital.

“I had time to think, if I don’t get serious with the Lord I won’t play many years,” Dent said. “I rededicated myself to the Lord.”Dent would go on to play seven years with the Packers and one more with the New York Giants. Dent played a blue-collar role, playing in reserve andcoming in on third downs and when the starter went down with an injury.

A highlight of his career would come in 1990 when he picked up a fumble against the New Orleans Saints and returned it for a touchdown.

“It was a joy to come back here and play against them,” the St. Rosenative said of the opportunity to face the Saints in his career.

In his final season with the Giants, Dent was finally able to play on a playoff team. The Giants won their first playoff game that season beforebeing eliminated in the second round.

Dent was 30-years-old at the time and realized his playing days were winding down. He mad a promise to God that if he did not get a call fromanother team before the season started, he would realize his career was over and that he would get on with his life.

“I put football behind me,” Dent said. “I didn’t miss it a bit. I hadsomething else to put all my energy into in serving God and the ministry.”Dent began studying at the New Orleans Baptist Theological Seminary. TheSeminary sent him out to help out churches in the area, including LaPlace.

Dent started the New Foundation for Life church this past June and now has 50 members in the congregation. His plans now are to build a newchurch on Cambridge for the ministry.

But before he does, Dent will be will honored once more for his stellar football career. This September, he will be inducted into the Tulane Hallof Fame.

“It will be a blessing,” Dent said of his induction. 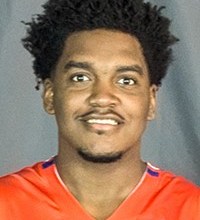 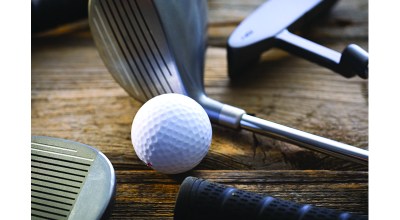