Judge Lemelle sentenced CLARK to a seventeen (17) month term of imprisonment and ordered that he serve three (3) years of supervised release following his prison sentence.  CLARK was also ordered to pay a $100  mandatory special assessment fee.

This case is part of Project Safe Neighborhoods (PSN), a program bringing together all levels of law enforcement and the communities they serve to reduce violent crime and gun violence, and to make our neighborhoods safer for everyone. On May 26, 2021, the Department launched a violent crime reduction strategy strengthening PSN based on these core principles: fostering trust and legitimacy in our communities, supporting community-based organizations that help prevent violence from occurring in the first place, setting focused and strategic enforcement priorities, and measuring the results.

This case was investigated by the Bureau of Alcohol, Tobacco, Firearms and Explosives and the New Orleans Police Department and prosecuted by Assistant United States Attorney Greg Kennedy. 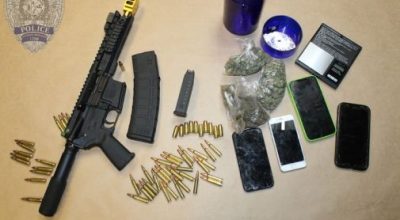