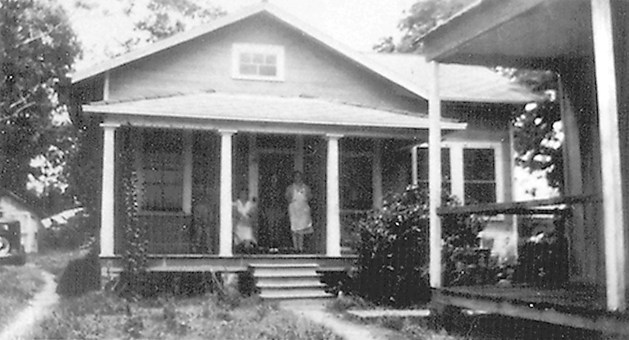 The first office of L’OBSERVATUER was on River Road in Reserve. 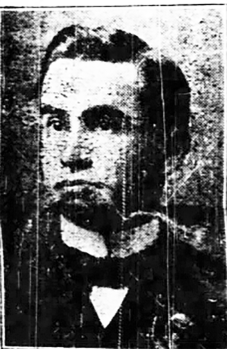 L’OBSERVATEUR recently celebrated 110 years in the River Parishes. The first edition was published on January 18, 1913. Its roots trace back to the 19th Century with the newspaper’s predecessor, Le Meschacebe.

Le Meschacebe, named for the Mississippi River, came to St. John Parish in the 1850s on a steamer called the Mary Foley. The first editor was Hyppolite Prudent deBautte, though he was better known in the area by his pen name, Prudent d’artly. The paper was published mostly in French, the predominant language along the German Coast at the time.

Rather than passing the paper along to his son, Wallace Lasseigne, Charles sold Le Meschacebe to Eugene Dumez shortly before his death in 1913. The paper was published on the West Bank of St. John for a number of years before it was discontinued in 1942.

Meanwhile, Wallace Lasseigne was starting his own legacy.

Wallace Lasseigne owned and operated Lasseigne’s Print on the River Road near his home in Reserve. He had studied journalism in Ruston, and he was displeased with the parish’s political situation. His dream, fulfilled by the founding of L’OBSERVATEUR in 1913, was to present an “up-to-date, clean, free and independent newspaper, a newspaper which will not be controlled by any ‘clique or ring,’ but will defend the interest of the people within its power.”

The inaugural edition included an editorial that explained L’OBSERVATEUR was founded under the premise of serving “the cause of the people” that would not “tell only one side of the story but both.”

The weekly newspaper started out with only four pages. It had elements of English and French, including the weekly publication of a chapter from a French novel. The earliest subscription rates were $1 per year.

The paper also published the happenings in the community. The first paper included death notices, in French, for Charles Bacas, age 67, of Lions and Henri H. Madere, age 40, of LaPlace. Also included were the results of a basketball game played by John L. Ory: “Our school crossed over to Lucy to combat for honors in Basket Ball. We easily vanquished our foe by these scores: Girls’ game, 8-3; Boys’ game, 2-0. ‘Onward to victory’ is our motto and we have held to it, too.”

It had a community calendar announcing a Maccabees Meeting, installation of W.O.W  (Woodman of the World) officers, Mass in the W.O.W Hall, and various dances that were to be held over the next week. There was a report from L. G. Madere, secretary, a LaPlace Socialist Local who “observed in the Grand Jury’s last report calling attention to the Police Jury about raising the penalty on cattle in syndics from fifty cents to one dollar.”

L’OBSERVATEUR continued to publish until June of 1924. During the years, there were times when Le Meschacebe and L’OBSERVATEUR went head-to-head with opposing columns of their political ideologies. During the St. John Sheriff’s race in 1915 and the months leading up to it, Le Meschacebe supported the incumbent, Paul Berthelot, who had been in office since 1900. L’OBSERVATEUR supported William J. Hart, who had been the sheriff from 1896 to 1900 and would regain the office in 1916. Hart would be sheriff until his death in August 1920. He would be replaced by Dr. E. P Feucht, the coroner, according to state law. A special election would be held for a permanent replacement, and Emile A. Picou would be elected.

June 14, 1924 would be the last edition of L’OBSERVATEUR until October 10, 1925.The cost of a yearly subscription was $2, payable in advance and in cash. The top story was “Our come-back.”  The story stated that St. John was too progressive and prosperous to be without a newspaper. It had been 16 months since L’OBSERVTEUR had published. Nothing had been noted during this time and “the outside word thought St. John had disappeared from the map.”

L’OBSERVATEUR has continued to publish through pandemics, wars, deaths in staff and family and change of ownership over the years. The L’OBSERVATEUR family will be celebrating another milestone in the coming weeks when news editor Brooke R. Cantrelle and her husband, Matt, will be welcoming their first child.  L’OBSERVATEUR will be running a weekly feature with old stories and photos. Submissions from the community are welcomed. We would love to share your history and traditions. Contact Christine Browning at 985-652-9545 or Christine.browning@lobservateur.com.

Brooke Cantrelle contributed to this report.