EDGARD — The past two weeks have been very active for the West St. John Varsity Boys Basketball Team.  After dropping the season opener to Vanderbilt Catholic 44-82 and then losing a close game with Morris Jeff at home 50-51, the Rams bounced back with an overtime road-win against Thrive Academy, 63-61. 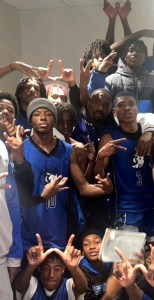 In the first half, Christian Milton kept the Rams close by making three 3-point baskets, finishing with 11 points. Then Dekalen Stipe capped off the come from behind win with a game high of 31 points.

This upcoming week, the Rams varsity basketball team will be traveling Phoenix High School on Monday Nov. 5 and will return home to take on South Plaquemines High, Wednesday Nov. 7. The JV starts at 6 p.m., and varsity will play after.
In other Rams basketball news, the West St. John Middle School basketball team faced Lake Pontchartrain on November 16. The game started off slow with the Rams missing a lot of free throws and layups. Lake Pontchartrain took advantage of the missed opportunities, which helped them secure a 33-23 victory.
WSJ Middle School  basketball Coach Courtney Evans committed to working on those miss chances, free throws and layups along with offensive and defensive assignments.
The next game was supposed to be scheduled against LaPlace elementary but was canceled by LaPlace. The next game was against John L Ory, and the Rams returned a key piece to the team as Jajuan Jackson came back from injury.
“Adding Jajuan to our lineup allowed me to move players around to positions they can be effective performing,” Evans said. “The game against Ory we rebounded much better and was able to cause turnovers with our defensive pressure, which propelled us to a 38-23 victory.”
In his returning game, Jajuan Jackson finished with 26 points, while Deavona Davis, Jykren Morris and Deavonii Bartholomew each finished with four points. 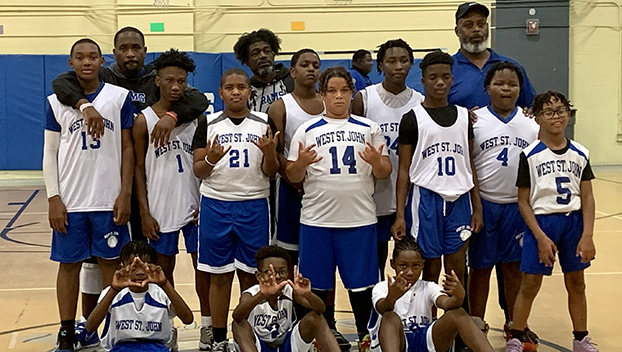 — Coaches Kwame Smith and Courtney Evans supplied information for this report. To have your sports news published, please contact brooke.robichaux@lobservateur.com.