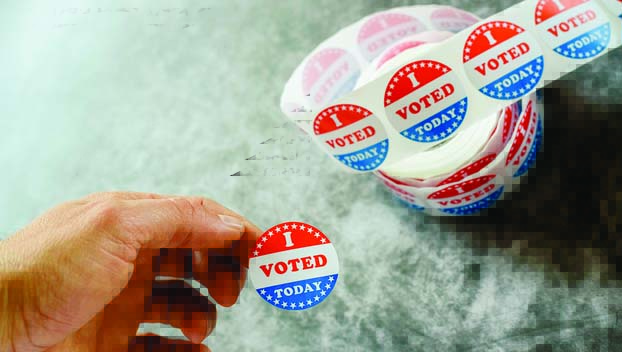 Veterans with disabilities will now pay less for property taxes after voters approved Amendment 2 by nearly 73%. Those with a 100% service-connected disability rating or a 100% unemployability rating from the U.S. Department of Veterans Affairs and their spouses will no longer be required to pay any parish property taxes on their homestead if they live there.

Nearly 75% of voters also supported Amendment 4 to allow local water districts, municipalities and other political subdivisions to reduce customer bills for water use if charges stem from damage outside of a customer’s control.

The change follows many other states that offer permissive flexibility to water utilities to help customers during floods, ice storms, and other natural disasters. Louisiana law previously prohibited the state, local governments and other political subdivisions from crediting residents or businesses for charges related to infrastructure problems that have plagued the state in the wake of a series of catastrophic storms in recent years.

Louisiana voters also approved Amendment 8 with a much closer vote of 55% to 45% to remove a constitutional requirement for certain disabled homeowners eligible for a tax break to annually certify their income.

The change applies to property tax rates that are frozen for permanently or totally disabled homeowners with annual incomes of no more than $100,000, though that figure is set to increase with inflation starting in 2026. Louisiana law previously required all who receive special property tax breaks to recertify their income yearly with the assessor, with the exception of those age 65 and older.

More than 67% of voters also rejected Amendment 3 to allow most of Louisiana’s civil service employees to support immediate family members running for public office during off-duty hours. Critics of the proposal argued that eliminating the provision would open the door to abuse and issues with public perception.

Voters also rejected Amendment 5 by 57% to 43%, which would have allowed local taxing bodies to roll forward their millage rates up the maximum rate until that authorized millage rate expires, rather than until the next reassessment cycle as it is now.

Those opposed to the proposal argued it would have increased property tax payment uncertainty for homeowners and businesses.

Homeowners in Orleans Parish also will not see property tax relief under Amendment 6 after voters rejected the proposal by a very narrow 50.27% to 49.73% margin. The results means increases in reassessed value will not be capped at 10% per year, which was designed to blunt tax increases tied to rising home values.

Supporters of the proposal reversed course after the amendment was rewritten in a way some believed would broaden the allowed uses of slavery and involuntary servitude in the state’s criminal justice system.

All of the state’s races for U.S. Senate and Congress resulted in incumbent victories, with Republican U.S. Sen. John Kennedy winning nearly 62% of the vote to avoid a runoff next month. Louisiana’s congressional delegation remains at five Republican members and one Democrat.  Kennedy’s victory keeps the Senate’s two seats from Louisiana in GOP hands.