Baton Rouge, LA – Legislation to create the new Louisiana Violent Crime Task Force is being drafted by State Representative Alan Seabaugh, R-Shreveport, to study the dramatic rise in violent crime in Louisiana with an emphasis on determining its cause and crafting solutions to help tackle the problem legislatively. 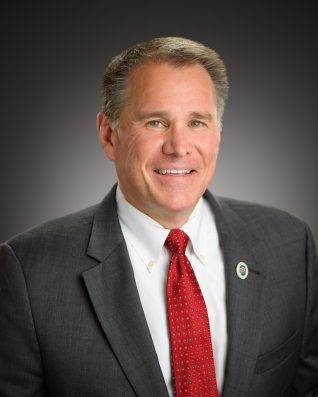 “The rise in violent crime is a signiﬁcant problem in every part of Louisiana,” said Rep. Seabaugh. “From our most rural parishes to our largest urban centers, every corner of Louisiana has seen a signiﬁcant rise in violent crime over the past few years. It’s time that we stop complaining about the problem and have some real discussions about why this is happening and what we can do to put an end to it.”

The proposal has gained signiﬁcant support from groups across Louisiana. Everyone from the Sheriﬀs and District Attorneys associations to Attorney General Jeﬀ Landry, and even the Bayou Mama Bears are excited about the prospect of implementing real solutions to Louisiana’s violent crime epidemic.

“Violent crime continues to plague our communities,” said Louisiana Sheriﬀs Association President and Franklin Parish Sheriﬀ Kevin Cobb “Louisiana is the top state for homicides and has one of the highest violent crime rates in the nation. As sheriﬀs, we took an oath to protect public safety and ensure laws are enforced, and we cannot stand by and allow this trend to continue.”

Cobb continued, “That’s why sheriﬀs voted this week to pursue legislative priorities that help reduce violent crime in our communities and protect not just the people in our parishes, but also deputies on our streets. We’ll work with our criminal justice partners to research and propose common sense measures that keep Louisiana families safer. We want bad actors to know– we will protect our communities and violent crime will not be tolerated here in Louisiana.”

“The relationship between the two seems clear, but there are those who deny the connection,” Rep. Seabaugh said. “It is time that we had a deeper, fact-based look into this issue and that we be willing to admit that perhaps some mistakes were made.”

The Louisiana District Attorneys Association agrees that the solutions must start with a close look at the 2017 legislation.

Loren Lampert, Executive Director of the Louisiana District Attorneys Association, issued the following statement: “LA District Attorneys have always maintained that we needed 5 complete years of data before we will be able to determine the long-term impacts of the 2017 reforms.

“Nov. 1, 2023, marks the passing of 5 complete years,” he said. “We agree that it is time to objectively study the impact of this sweeping legislation and determine exactly what the costs and savings have been. This will also serve to determine what impact – if any – the reforms have had on the surge in violent crime over the last 3 years.”

Attorney General Jeﬀ Landry has long been a critic of the 2017 criminal justice changes and strongly endorsed the task force.

“As I predicted, the governor’s failed criminal justice reform has resulted in new victims of violent crime,” said Landry. “Instead of dangerously releasing criminals back into society in order to simply check a political box, the governor should have ensured convicts get the treatment and training they need to become productive members of society.”

The Bayou Mama Bears, a rapidly growing statewide group of women fed up with the rise of violent crime and lack of safe streets for their children, has also endorsed the new task force.

“As crime surges across Louisiana, women across our state are now living in constant fear of being the next victim of violent crime,” said Laura Rodrigue, founder of the Bayou Mama Bears and a former prosecutor in Jeﬀerson and Orleans Parishes. “We worry about protecting ourselves, and more importantly, our children. We applaud our leaders who recognize the need for change and who are committed to making that change. The Bayou Mama Bears will continue to ﬁght to protect our Louisiana families and we will continue to recognize those leaders who stand beside us”

The new task force will be created by legislation currently being drafted by Rep. Seabaugh to be introduced during the 2023 legislative session, which begins in April.

“This is not the time for half-measures or another ‘step in the right direction’ type approach. This is a battle that we cannot aﬀord to lose,” Seabaugh said.

For more information regarding the new Louisiana Violent Crime Task force please contact Representative Alan Seabaugh by email at seabaugha@legis.la.gov or by telephone at his district oﬃce, (318) 676-7990