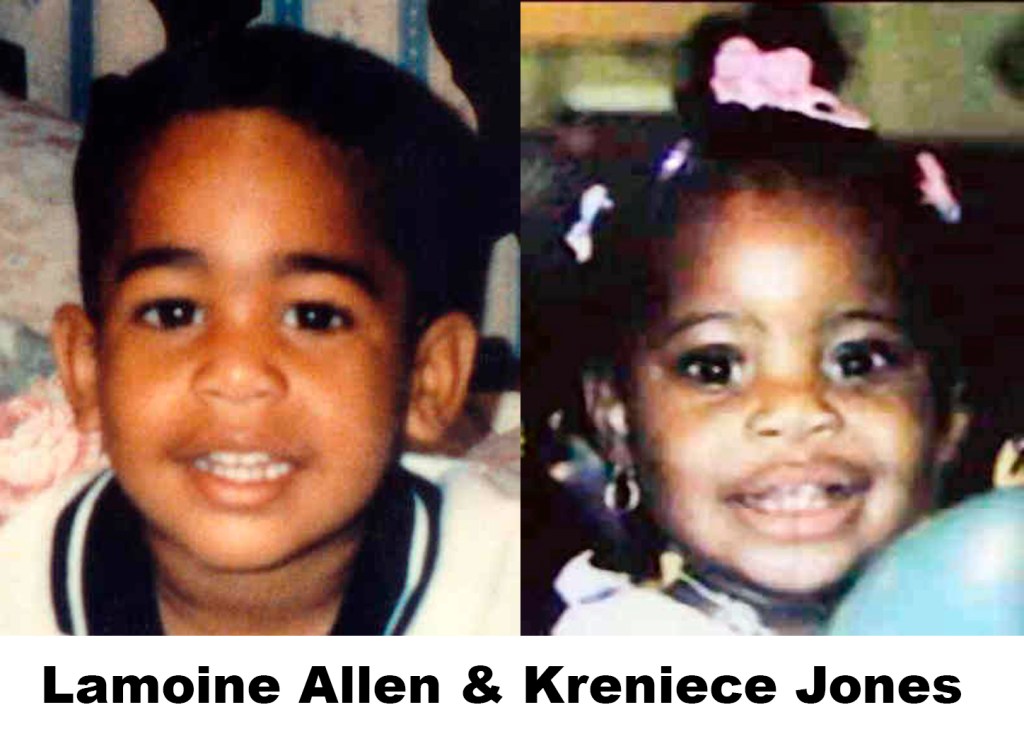 A weekly true crime broadcast followed by thousands of listeners across the globe, turned its attention to Southwest Mississippi and the case of two toddlers who went missing 30 years ago without a trace.

Ashley Flowers of the podcast Crime Junkies spent an hour in the podcast’s newest episode reviewing the twists and turns in the case of 3-year-old Kreneice Jones and 2-year-old Lamoine Allen, two toddlers who went missing on Mother’s Day on May 10, 1992.

After three decades, FBI agents, local investigators and family members have yet to find closure in the case filled with contradictions and few answers.

Though she was never questioned by police, Kreshanna vividly remembers the day her little sister was abducted from a Mississippi grocery store during a Mother’s Day gathering on May 10, 1992.

Kreshanna was just short of 11 years old when it all unfolded. The day started out normally with a morning service at New Jerusalem Baptist Church in Edgard. Kreshanna and Kreneice’s mother, Carla Russell, received an invitation from Glenn Edwards and Leola Jackson of Edgard to attend another Mother’s Day church program in Woodville, Mississippi, in the southwest corner of the state.

Carla was dating the uncle of Glenn Edwards at the time. Glenn and Leola served as the unofficial guardians of little Lamoine Allen since the toddler’s father was in the military and his mother attended school out of town.

While Glenn and Leola lived near Carla Russell’s family in St. John the Baptist Parish, Kreshanna said she had never met them prior to the day the children went missing.

After the church program ended, the families headed to a small gathering spread between a series of properties on a rocky road off of Highway 24. At one end of the road was the Jimmy Jackson Grocery Store owned by Leola’s parents, with a salon on one side and a house in the back of the store. Kreshanna recalled a footbridge separated some of the family-owned homes on the quiet, narrow street.

“When we arrived on the family’s property, it was like a ghost town. It was really eerie to me,” Kreshanna said.

Carla remembers changing Kreneice into a multi-color one-piece outfit and pink slipper sandals to play in. Unbeknownst to her, the outfit Kreneice wore to church would be used by police dogs later that day to capture the little girl’s scent.

According to Carla, the adults went into a house to the left, while the children went to a house on the right. As the children played, the adults sat down in the yard to eat and listen to music. At one point in the early evening, Carla saw Leola and Glenn pull up in the yard and report that Lamoine was missing.

The last time Kreshanna saw Kreneice was when her little sister tried to follow her and Leola’s niece, Tasha, while they carried hot sauce over to the other house.

“My little sister was trying to come because she always wanted to be with me. Tasha said she would walk her back to the store. We went back to the house, and I don’t know how much time went by, but my mom came by and asked me if I had seen my sister. That’s when it all started,” Kreshanna said. “All hell broke loose.”

The adults started knocking on doors and frantically searching for Lamoine and Kreneice across the properties. Kreshanna said the search included looking under every seat of a school bus that was parked nearby.

Police were called in with scent-searching dogs that sniffed around the street in front of the Jimmy Jackson store.

Lamoine was last seen wearing a blue and black Hawaiian-style shirt, light blue shorts and black, blue and white sandals. According to news reports, his distinguishing characteristics included a small scar on his left knee. His date of birth is July 23, 1989, and he would be 31 years old today.

Kreneice, also known by her nickname “Maw-Maw,” was wearing a purple and orange bandana and a multi-color one-piece outfit with pink slipper sandals. Her distinguishing characteristic was listed as a scar in front of her right ear. Her date of birth is November 30, 1988, and she would be 32 years old today.

Based on the police dogs’ findings, investigators concluded that the children were taken into a vehicle in front of the Jimmy Jackson store. News reports included the description of an unidentified blue compact car allegedly seen in the area at the time the children vanished, though it was never definitively linked to the abduction. The car was said to have a false convertible top, chrome hubcaps and dark-tinted windows.

However, Carla and Kreshanna believe the description of the vehicle was an attempt to implicate Kreneice’s father, Gregory.

“I hate talking about it because they tried to blame it on my little sister’s dad, and he had no idea we were going (to Mississippi),” Kreshanna said.

Carla said police questioned her about her relationship with Kreneice’s father, but she is sure he had nothing to do with the children’s disappearance.

“When we went to Woodville, Gregory didn’t know. It was my first time going,” she said, adding that Kreneice’s father was nowhere near the scene of the crime. “My cousin is a detective for St. John Parish, and he went and found Gregory working at Roussel’s in Paulina.”

Kreshanna had to return home amid the chaos, while Carla stayed in Mississippi for several days.

“It was scary to see my mom confused, not knowing what was going on,” Kreshanna said. “When we got home, I was bullied a lot in school by children telling me what their parents were saying. It was horrible. It’s still horrible. I just wish that people would tell the truth.”

Seven years after Kreneice and Lamoine were abducted, Carla received a letter that offered a glimmer of hope. A woman named Ms. Cook from Buffalo, New York, claimed to have Kreneice. Cook allegedly believed that her own daughter had been abducted while staying with a family out of state and had been “swapped out” for Kreneice.

However, by the time Carla was able to go through the proper channels to establish contact, Cook had been taken to court and no longer knew the whereabouts of the girl she believed to be Kreneice. Carla’s family was once again left with more questions than answers and the nagging feeling that the missing children’s case was not properly investigated.

In 2012, Carla was told by a relative of Lamoine that the little boy was alive and that he now went by a different name. Carla was also told that Kreneice was alive and well, living in Texas and had recently given birth to her third child.

The trail led to a young woman named Brittany. When Kreshanna contacted her, Brittany became upset and denied any possibility that she could be Kreneice. But it didn’t stop Kreneice’s family from wondering.

“When I first met her, I had chills in my body just looking at her,” Carla said. “I traveled to them and took a DNA test. Brittany hugged me, kissed me and cried. We talked before she left.”

When the results came back, Brittany was not a DNA match.

Despite the results, Carla can’t move past the fact that Brittany has a scar on her jawline in the same place Kreneice had surgery so many years ago. Brittany visited Carla during the holidays two years in a row, and Carla still buys gifts for Brittany’s children.

“It said it (the DNA) didn’t match, but I think Brittany is Kreneice. I really do,” she said.

Given the DNA wasn’t a match, Kreshanna would hate to see her family give up on finding Kreneice. Nearly 29 years later, she’s still struggling to put the puzzle pieces together.

Kreshanna took a DNA test through Ancestry.com in hopes that one day, her little sister will appear as a DNA match. Until then, she’s not losing hope.