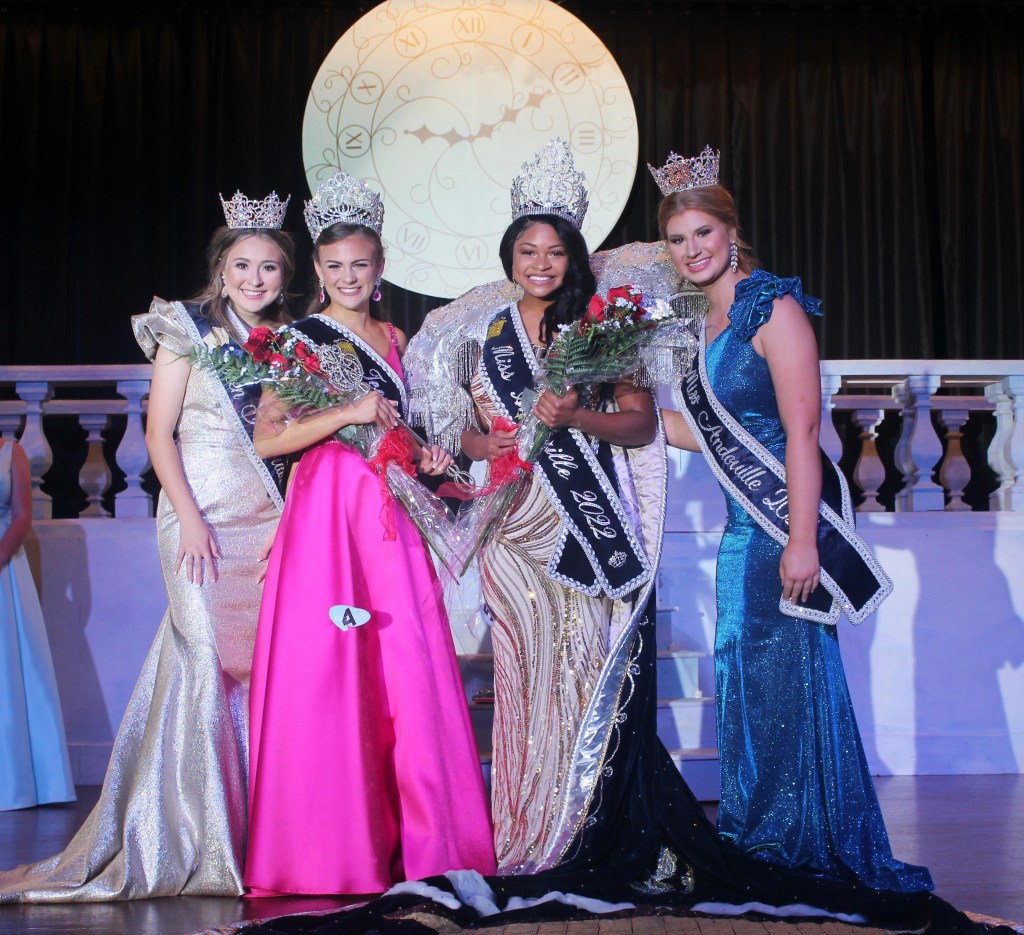 RESERVE — No one would guess that newly crowned Miss Andouille 2022 Aubrey Renee’ Brumfield and Teen Andouille 2022 Caleigh Nicole Remondet have only known each other for three weeks. They already consider themselves sisters, bonded by a goal to make the St. John the Baptist Parish community proud.

The young ladies will represent St. John Parish’s culture and commodities at various fairs and festivals over the next year, beginning with the 47th annual Andouille Festival taking place October 14-16 in LaPlace.

Aubrey Renee’ Brumfield of Paulina, the 17-year-old daughter of Contina and Rickey Brumfield, is new to the world of pageantry. She competed for the first time only two months ago in the Miss St. James Parish Sugar Pageant, at which time the reigning Teen Andouille encouraged her to come next door to St. John for this year’s Andouille Pageant.

“I really like how the St. John Parish community is always together and how everyone has each other’s backs. I’m just really excited to be able to represent something that I’m proud of,” Brumfield said.

She most enjoyed the practices leading up the pageant where she was able to bond with the other Miss and Teen contestants. She looks forward to traveling the state with Teen Andouille Caleigh Nicole Remondet.

“Even though I haven’t attended pageants for long, I can’t imagine winning any other pageant. With the experience that I had, it really felt like everything lined up the way it was supposed to be. Even with Caleigh, she feels like my best friend already. Those girls truly have a special place in my heart,” Brumfield said.

Remondet, the 15-year-old daughter of Carla and CJ Remondet of Reserve, said the friendships formed between all of the contestants helped her feel confident going into the pageant.
“We had three weeks of practices twice a week. We all got to know each other, so no matter who won Teen and Miss, we knew they would already have a really big connection,” she said.

It was definitely a shock when she was finally crowned Teen Andouille Saturday night, and she couldn’t be more proud of herself for never giving up.

“I didn’t know I would only have to come right in my front yard to achieve what I wanted, which is to be able to represent the community coming together as one. I couldn’t be more thankful to be able to represent my hometown of St. John the Baptist Parish and see what opportunities the title will bless me with,” Remondet said. “I have so many people behind me, supporting me, and it meant the world to me to see the people who mean so much to me crying in the audience as I walked out on stage because they knew how hard I worked for this.”

Remondet is excited to experience the Andouille Festival in a new light. She’s especially looking forward to the second line parade with all of the visiting festival queens.

Remondet also represents St. Charles Catholic High School as a student ambassador and a member of the Comets’ varsity cheer team. Outside of school, she’s a junior 4-H leader for St. John Parish.

Borne, a graduate of Northwestern State University, followed in the footsteps of her mother, former Miss Andouille Hope Borne. After struggling with ADHD, dyslexia and a speech impediment as a child, Borne became a reading interventionist and made it her mission to be a voice for others, even when she’s not wearing a crown.

Rylee Madison Moore, the 2021 Teen Andouille winner, has competed in pageants her entire life and previously reigned as Jr. Miss Fisherman in St. John Parish. Moore has always admired the traditions that bring the St. John Parish community together, particularly for Christmas Eve and the Fourth of July fireworks on top the levee. Aside from wearing the crown, Moore is also a longtime member of Riverside Academy’s varsity soccer program.

“Congratulations to Aubrey and Caleigh on being crowned the new Miss and Teen Andouille Queens. I would also like to thank 2021 Miss Andouille Amber Hope Borne and 2021 Teen Andouille Rylee Madison Moore for representing St. John the Baptist Parish and the Andouille Festival with pride and grace this past year,” said St. John Parish President Jaclyn Hotard.

“We look forward to Aubrey and Caleigh carrying on this beloved tradition and the return of the Andouille Festival October 14-16, 2022, at Thomas F. Daley Memorial Park. This three-day event includes many musical guests, a delicious variety of food, a 5K fun run, Sunday Gospel Tent, second Line Parade and a Kids Craft and Entertainment tent. We encourage everyone to stayed updated with the Andouille Festival on social media and at andouillefestival.com.”