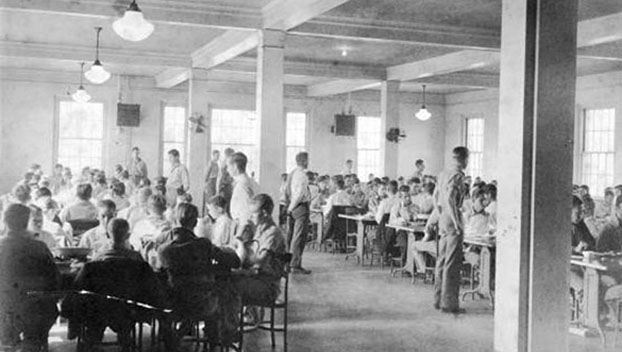 The film production of “Nickel Boys,” expected to begin filming in LaPlace this fall, is inspired by a true story surrounding Dozier Reform School.

LAPLACE — Casting calls have been announced for production of “Nickel Boys,” with filming anticipated to take place in LaPlace, New Orleans, Hammond and Ponchatoula between mid-October and mid-December.

Producers of MGM and Plan B are teaming up with director RaMell Ross for a film depiction of Colson Whitehead’s 2019 novel, based on real-life events which have only recently come to light.

The narrative bounces between the 2010s and the 1960s as an investigation takes place surrounding the now-defunct Dozier School for Boys in Florida. The academy’s walls hide a history of atrocities, including events that led to bodies being buried on the premises.

Exact dates and locations have not been announced. However, the production is now casting dozier students, a core group of men 18+ to portray students attending Dozier Reform School during the 1960s era. According to Caballero Casting, “Nickel Boys” is also casting men and women of all ages and ethnicities for general background roles.

The pay rates for $150 per day for general background characters. The core Dozier student roles will be compensated $150 to $200 per day, with opportunities to work on a recurring basis.

No acting experience is required. Actors must be okay with being completely clean-shaven on their face and open to receiving haircuts or growing out hair to portray a male attending a reform school during the 1960s era.

To be considered, please email Boys@baballerocasting.com using the subject line “CORE DOZIER STUDENT” or “GENERAL BACKGROUND DOZIER” depending on the desired role.

Applicants must include their legal name, age/date or birth, contact number, city/state of residency, height/weight, and two current photos (one headshot and one full body photo, head-to-toe).

Please stand in front of a solid background and refrain from submitting professional, black/white, Instagram style or photoshopped photos. Photos should be taken on a smart phone.