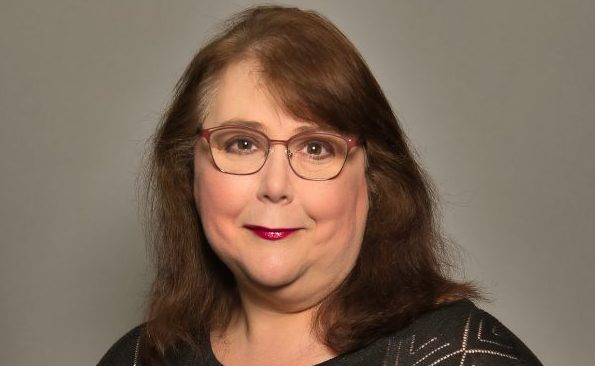 It is said that life is made up of moments. There are a great many moments in my life that I am sure I experienced but can’t necessarily remember. Honestly, I have to go back or ask someone with me, “Did I lock the door?” Hurricane Ida is one of those things that I definitely remember. It ranks up there with where were you when the space shuttle blew up (Hahnville High School gym) or when John F. Kennedy was assassinated (my mom was 16).

I will be honest; I wasn’t overly concerned with Ida. I have been through other storms including Isaac, which was supposed to be a day off, earthquakes, sand storms, blizzards, ice storms and a forest fire the jumped eight lanes of interstate in San Diego. I have felt my house rock back and forth and I have felt my house roll.

Leading up to Hurricane Ida, Brooke Cantrelle, L’OBSERVATEUR’s news reporter, and I worked on getting the paper ready and I had given her all the information and things I thought she would need to be successful in getting a paper out from her location in Florida. Not long after she and I finished, my house lost power. So far nothing out of the ordinary. This was expected. I had downloaded things to watch on my tablet and I had batteries for my portable fan. It was ok.

Then the weather started to pick up. Communications were still possible. The day passed and we watched hours of a popular ventriloquist and every half hour I would send jokes to one of my friends. The latter helped me mark time and stay busy by finding things to send. Although I was not able to listen to the radio (I have a weather radio now) Candace Hemelt (an ad rep that worked with L’OBSERVATEUR until 2019 and now works in the Port Arthur office) gave me weather updates. At some point, well after dark, water started to come in my house and I joked with Candace that I had a wading pool, but the storm kept on. At one point I asked, “Is it almost over?” It was not supposed to last this long. Although I was not afraid, I imagined the noises the house made were similar to a sea voyage in the 1800s with lots of wind and wood creaking. Is this how Gilligan felt on his three-hour tour? The weather man warned of tornados springing up, but I knew I wasn’t going to sit in the hallway especially once there was water on the floor.  At some point Candace told me that the eye had passed and the second half was on its way, and that is when we lost all ability to contact the outside world.

The next morning, we got up and the water had receded from inside the house, but the street was flooded and it looked like a bomb went off. There was no electricity, no Internet—my theory of hooking it to a battery didn’t work — no water and no cell service of any kind. No one knew if we were alive or dead, nor we of them. This wasn’t going according to plan. Hurricane Laura had hit Port Arthur the year before and I expected to have cell phone service and to be able to help Brooke. In fact, it was because of the storm that hit Port Arthur that we had four back up batteries and three backup battery phone chargers. Stephen Hemelt, the publisher in Port Arthur, didn’t want to use his phone for fear of the battery dying.

Surprisingly, this led to the deadliest part of the storm, trying to find cell service. There was metal, fencing, shingles, siding, trees and massive debris everywhere. The top of the building that used to house a shopping center on Carrollwood was in the middle of the street. We drove west on Airline looking for a signal and seeing destruction everywhere we looked including downed power lines that looked like forgotten Lincoln logs. I had never seen anything like it. It was surreal, as if a battle had been fought. We got on the interstate in St. James Parish and I seriously was in fear of my life.  There were crazy people that I had no control over. The roadways had debris and full trees on it, and people were going 70 miles an hour not knowing what they would find as they progressed or if there would be enough time to react. I was not a happy camper, but we needed to find a cell signal. I thought we found one in Gonzales, but kept going to Baton Rouge and turned back and found it again. Though I could not call out, I was able to text and let people know I was alive. I was not able to help Brooke, but Brooke got the job done and three days after the storm, there was a L’OBSERVATEUR.

In the days to come more challenges would present itself. There was so much damage to the power grid that linemen from all over the country came to help replace powerlines. Many would be without power for a month or more. Water was intermittent as the infrastructure was repaired and stabilized. I would be without Internet until October at home. In the meantime, I had discovered that Garyville had cell service and Norman Volion graciously let me work from his house. The IT department had sent a hotspot. Additional challenges that presented themselves were many stores were damaged. Those that were able to open had extremely long lines as did the gas stations. There was even a long line to get into the Marathon refinery of the trucks that would bring the gas to the stations. It seemed like there were lines for something everywhere and none of them short. Mail, though it had not stopped running, was disrupted as not only was the post office damaged but many of the carrier’s homes had been damaged.

If I had not been thankful before, I was thankful for all the blessings in my life. Don’t let me fool you, it wasn’t easy. However, Boone Newspapers, Inc. and Carpenter NewsMedia, LLC did its best to make sure we make sure we had what we needed. Stephen Hemelt came by about a week after the storm and brought us things to get us though. Lisa Griffin with the IT Department brought us snacks and she worked with Kevin Cooper to find a way to help with the lack of electricity. I jokingly told them I had plenty of sun and they found a battery that could recharge with solar power. My boss, Dan Phelan, allowed me to work in the Picayune Office a couple days a week and recharge all the backup batteries. Norman provided a safe place that I could work the rest of the week even as he faced challenges of his own. Through it all, L’OBSERVATEUR did not miss a single edition.

We still continue to face challenges and we are, by no means, fully recovered. There is still work to be done at both my house and the L’OBSERVATEUR building. L’OBSERVATEUR will be repaired, but several of our neighbors have moved and the buildings they once inhabited will be torn down.  The street that runs past the building is under construction as drainage is improved and decorative trees will dot the landscape and a park will be on the corner of Airline and Main Street.

As a community, we were challenged and then mother nature kicked us while we were down. Many businesses trying to recover are completely demolished, but as a community we have managed to survive.