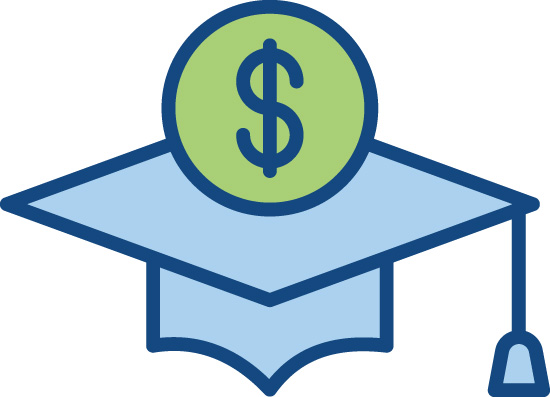 Two-thirds of workers in my home state of Tennessee do not have a college degree. Thus, the majority of Tennesseans will be forced to bail out those who will benefit from Biden’s plan. And it’s not as if they made poor decisions not to attend college and rack up tons of debt. More and more data suggests that there is a shortage of workers in various trades – from welders to pipefitters to electricians to plumbers. Many of these jobs pay very well, even more than some jobs that require a four-year degree. And in most cases, workers can enter these trades with little to no formal educational training, meaning less student loan debt.

On the flip side, many college degrees cost well into the six-figures in tuition yet fail to pay off for those obtaining those degrees when they enter the real world. In fact, the Beacon Center will soon release a study analyzing the return on investment of degrees offered by Tennessee universities when it comes to securing well-paying jobs. For many degrees, the result is not pretty.

This doesn’t come as a surprise to those actually hiring workers. In my job, I spend quite a bit of time talking to employers about their challenges. Almost uniformly, they complain about a lack of alignment between the types of degrees offered by colleges and the training they need workers to have. Employers are often forced to retrain college-educated employees to fit their needs. That means those workers are racking up massive student loan debt for a degree that is virtually useless in their actual career.

This is what makes the Biden handout even more egregious. It’s deadweight loss and will do nothing to help those saddled with student loan debt obtain higher pay and better job prospects. All it will do is drive up inflation even further, as if it’s not bad enough already.

More importantly, forcing one group of people to pay for the decisions they didn’t make is morally repugnant. If someone focused their time and money obtaining a degree, certification, or training for a job without taking on mountains of debt, they should not be punished for their frugality. We should reward, not penalize, good decision-making like this.

Finally, even if it wasn’t unfair and inflation-inducing, many legal scholars argue that the president doesn’t have this authority to begin with. Even Speaker Nancy Pelosi has said he doesn’t. As bad an idea as it is, any authority to wipe away student loan debt rests in the hands of Congress, not the president. Now that the U.S. Supreme Court has started to rein in executive authority in recent rulings, don’t be surprised if this too is challenged in court. As I’ve written here before, this would be a cause for celebration for those tired of a bloated federal bureaucracy.