St. James comes into this year with a new coach 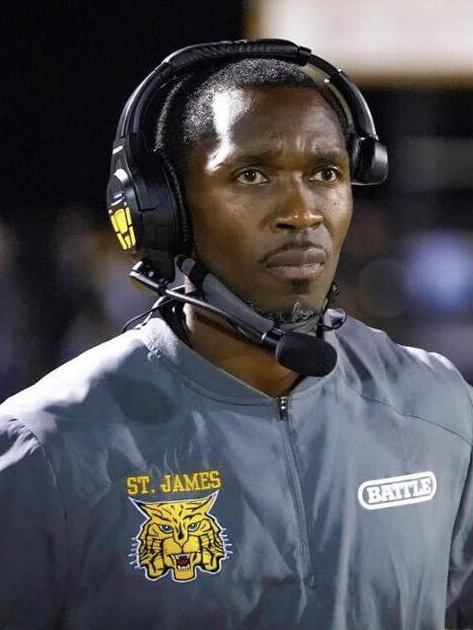 LaVanta Davis is the new head coach of the St. James Parish football team for the 2022 season.

VACHERIE — LaVanta Davis takes over the head coaching spot of St. James, as the team enters the 2022 season.

Davis was the associate head coach for the last four years before being named the head coach this year.

Davis said that Philip is unquestionably their leader up front.

Junior Brayden Williams is the quarterback.

He is a first-year starter. Davis said Williams is a really smart kid who wants to learn the position.

Defensively, Davis said the unit will be fairly young on the backend.

Christmas will go both ways at receiver and cornerback.

“I think we’ll be better than we were the year before,” Davis said. “We lost nine seniors going into last year. We have a promising future. We’re looking to build off the experience guys had last year and continue to grow.”

Philip and Jenkins come back at tackle.

Davis said the secondary will be fairly young, but they do have a returning starter in Jaden Aubert.

St. James will open the season against East St. John on the road on Sept. 2.