Destrehan comes into 2022 after reaching the semifinals 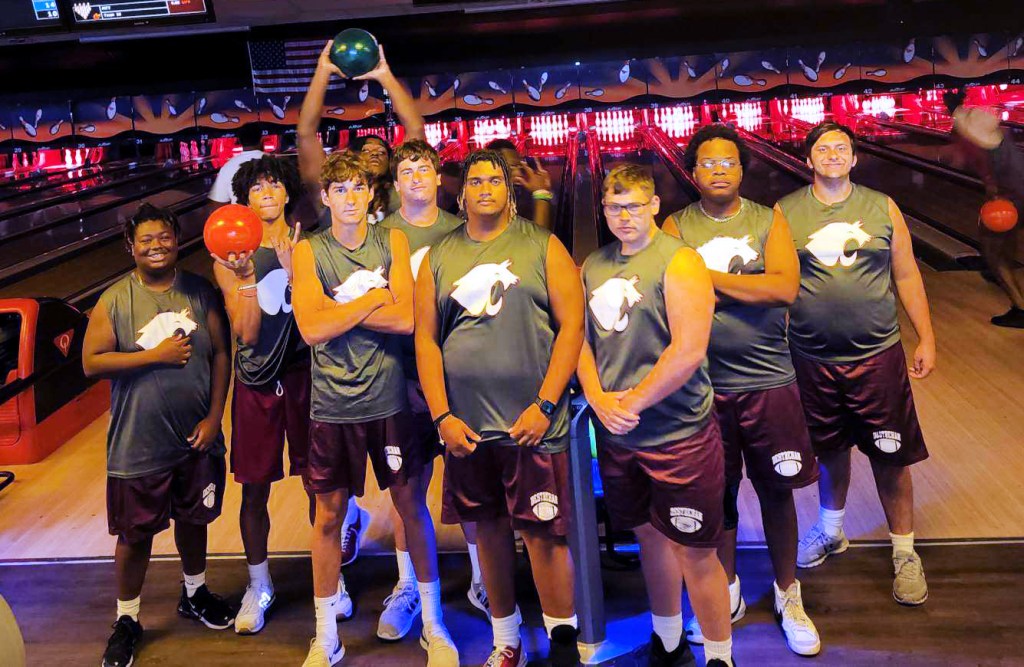 The DHS Wildcats bonded over bowling this month before getting to work for the 2022 football season.

DESTREHAN — Destrehan brings back some experience on offense with most of its experience on the defensive side of the ball in the secondary.

Destrehan went 6-0 in the regular season and reached the semifinal round of the playoffs before being defeated by state champion Zachary, 34-13.

“We have some experience back on offense,” Destrehan coach Marcus Scott said. “Most of our experience on the defensive side is in the secondary, so we have an opportunity to be productive this year. It all comes down to camaraderie and execution.”

Jai Eugene comes back at quarterback and will be a third-year starter.

“He’s basically a kid who is one of the top defensive backs in the nation, but he’s a team player and is willing to play quarterback for us and lead our team,” Scott said. “We’re looking forward to a strong season from him. He’s had a really good offseason.”

Scott said that Eugene will see time on defense.

“They pretty much lead that receivers group,” Scott said.

The team will have four running backs this season that include Shane Lee, Trey Nixon, Brandon Freeman and Christian Nunnery.

“Shane is more of a power back,” Scott said. “The other three are change of pace guys. They’re a little smaller, but they are effective inside as well.”

Scott said that the offensive line is led by three seniors in Alexander Hamilton, Christian Martin and Landry Cannon.

Defensively, the secondary has the most experience.

The group includes Lynard Harris, who started as a freshman, along with Anthony Robinson, Jacoby Green, Trevon Thomas and Tai Terrell.

Scott said that one of the best players in the country for the Class of 2024 is outside linebacker Kolag Cobbins.

“He brings pass rush off the edge, physicality and leadership,” Scott said.

Destrehan will open the season on September 2 with a home game against Bonnabel.