The 2022 Meet the Comets Night took place earlier this month in the St. Charles Catholic Gymnasium. 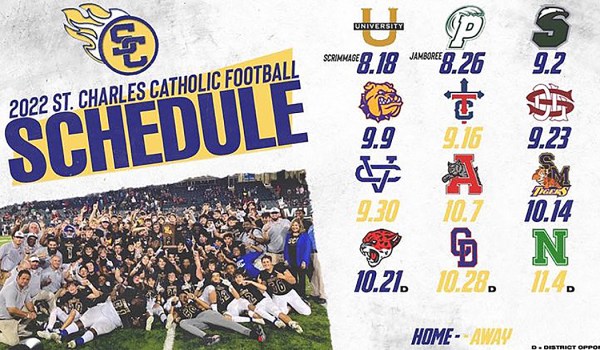 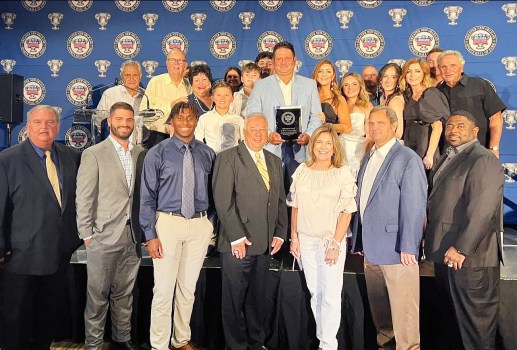 Stein enters his second year as the head coach. Before that, he was the team’s defensive coordinator for 17 years.

Stein said the defense has guys with experience.

“Not all returning starters, but they all played significant snaps,” Stein said.

“Most of the experience is in the front seven,” Stein said. “I anticipate us being solid in the front seven. We did lose a nose guard. Our defense was one of the best defenses in St. Charles Catholic history. It’s going to be hard to repeat that, but last year is the standard. The standard is that we play great defense, we play great special teams and we are efficient on offense. That’s the way we’ve always done things. We have a lot of good players, but we have a lot of question marks. In high school, it’s not like you have a signing class and you hope your kids step up when the bullets start flying.”

Offensively, Ayden Authement is a second-year starter at quarterback.

“Leadership is No. 1,” Stein said. “He’s all in on being a team type of guy. He’ll also play at wide receiver and you may even see him at a kick or punt returner because he’s one of the best athletes in the school. He’s an excellent runner and he has a very good arm, but he’s a guy that can do a lot of things for us, so his versatility helps us out a lot.”

Brandon Kragle is the tight end.

The running backs are Davon Sturgis and Samare Scott.

“Samare Scott is more of a downhill physical guy,” Stein said. “He’s 6-1, 210. Devon Sturgis is a multiple guy for us. We’ll move him all around and try to find the best matchup. He’ll also be in on kick and punt returns.”

Stein said that tackle Cason Gilbert is the only offensive lineman with experience.

St. Charles Catholic will start the season against Archbishop Shaw at home on September 2.