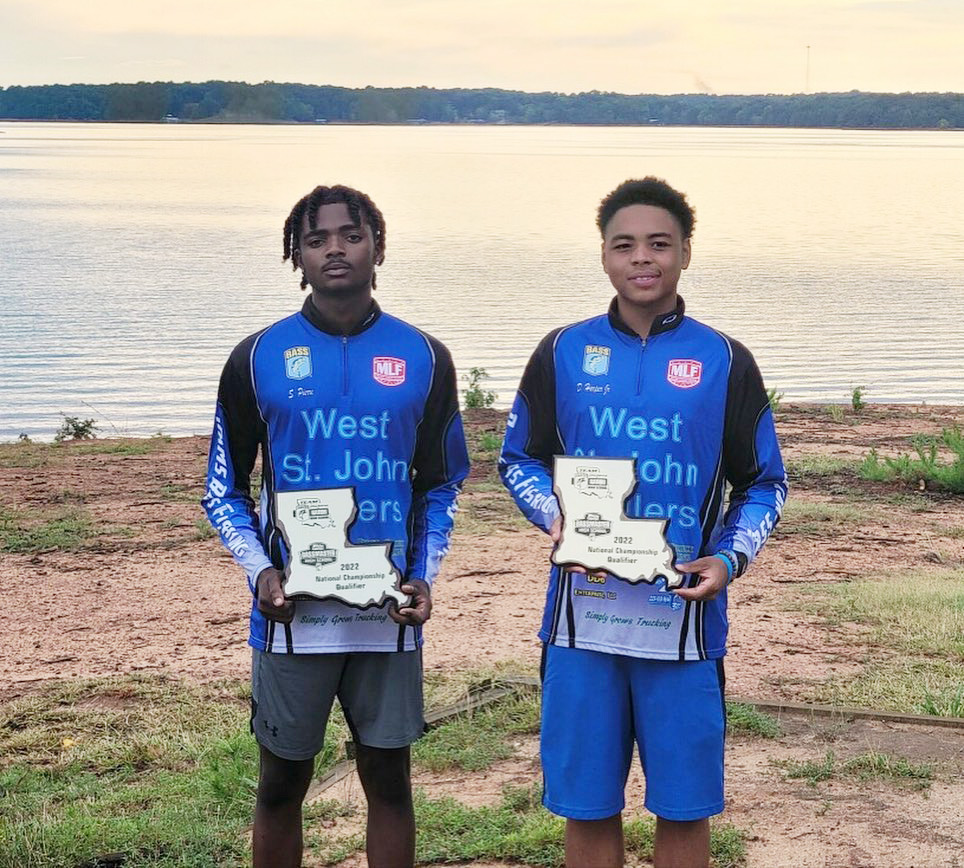 Presented by Academy Sports +, the 2022 Abu Garcia Bassmaster High School Championship saw participation from more than 300 teams from August 11-13. The West St. John Anglers were eager to make their mark at nationals after placing second overall at state among hundreds of teams back in April 2022.

With high school teams competing from across the country in South Carolina, the competition was intense. Pierre and Harper caught seven fish at Lake Hartwell over two days for a total weight of 11 pounds.

The only Louisiana team to place in the Top 10 at Nationals were Destin Morales and Samuel Cobb Jr. of Livingston Parish High School.

During the 2021 Nationals, Pierre and Harper were joined by Khristian Rousseve, who went on to join the fishing team at LSU Shreveport. Pierre, a 2022 West St. John graduate, will be following in his former teammate’s footsteps as he embarks on a new journey at LSU Shreveport this fall.

Harper will return to the West St. John fishing team for the 2022-23 season.