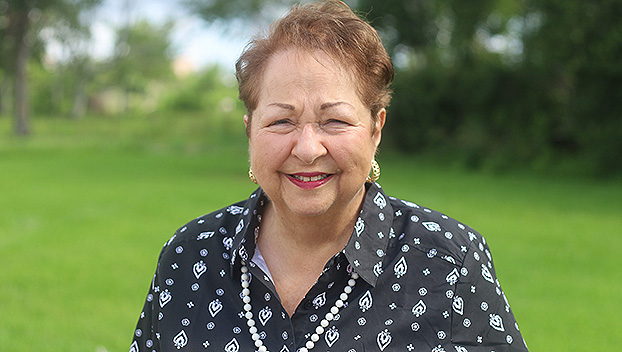 Judy Brignac Songy, a LaPlace resident since 1965, remains active in the community today.

LAPLACE — When Judy Brignac Songy moved to LaPlace as a newlywed in 1965, she found a sense of belonging within a small, close-knit community.

Children rode bicycles through the neighborhoods for hours on end, and mothers never had to worry whether they would return home safely. Ladies would come outside and sit out on their front lawns in the afternoon. On holidays, everyone pulled their barbecue pits to the middle of the street for block parties.

“The people who participated needed that because they had left their homes in different places. It was good for us because we learned about new things in the community and met new people. It was a real healthy environment to raise children,” Songy recalled. “Everybody knew everybody. Of course, the population then was probably half of what it is now.”

While Songy was born and raised right up the river in St. James Parish, many of her neighbors were new to the River Parishes altogether. The Dupont facility had spurred a wave of development in LaPlace, contributing to the rapid construction of new neighborhoods north of Airline Highway.

Along with the construction came new ideas from different parts of the country, including the concept of community associations.

Back then, St. John Parish had a police jury instead of a Parish Council and a Parish President. Songy remembers when the sheriff was considered the primary decision maker for issues impacting residents.

The business community at the time consisted mostly of mom-and-pop shops. Winn-Dixie was the only grocery store, and locals would visit nearby Andouille shops when it was time to prepare gumbo or jambalaya for the family.

Frostop, Roussel’s and Airline Motors were the only restaurant options stationed along Airline Highway.

“Gosh, when we got a Kentucky Fried Chicken, we were in high heaven,” Songy said.

The good old days weren’t always marked with prosperity. When the economy took a downward turn, Songy decided to go to work so she could keep her children enrolled in private school. At first she went to Southeastern Louisiana University part-time time, studying to become a teacher. The career seemed like a good fit, especially since she’d spent many hours substitute teaching at St. Joan of Arc Catholic School.

Then Songy felt pulled toward a career in real estate. The market was still booming as new houses were being added north of Airline, and Songy learned she had what it took to become very successful within the field.

Songy opened her own company, Century 21 Judy Songy, in 1990, 13 years after obtaining her real estate license. She operated the business until she was past retirement age, finally deciding to close shop after Hurricane Isaac flooded LaPlace in 2012.

During the late 1980s and throughout the 90s, Songy was appointed by the governor to serve on the Louisiana State Real Estate Commission. She also spent two decades serving on the economic development committee for St. John Parish and promoted attractions in the region as part of the River Parishes Tourist Commission.

In August 2016, Songy was appointed by Governor John Bel Edwards to serve as an at-large member on the nine-member Port of South Louisiana Commission, where she continues to serve today. For the past six years, she’s met with other Port Commissioners from across the country and even outside of the country to keep the River Region competitive in a global market.

Even while having her finger on the pulse of economic development in LaPlace, Songy found growth to be a double-edged sword.

“The downside is that LaPlace has grown so sporadically that it hasn’t been able to keep up with the growth. After Katrina, we were kind of bombarded with people who had lost their homes, and schools weren’t prepared for the influx of new students,” Songy said. “It’s changed tremendously. Everything is more convenient and there are more services, but it’s not the small little family-oriented community that used to be. I would long to go back to that close-knit community.”

Would you like to share your stories and memories of the River Parishes in L’OBSERVATEUR’s Reflections series? Email brooke.robichaux@lobservateur.com for more information.