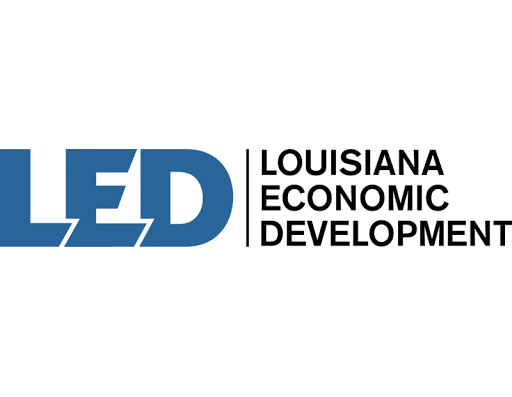 BATON ROUGE, La. – CF Industries Holdings, Inc., announced it is evaluating a site in Ascension Parish for construction of a proposed $2 billion blue ammonia production facility that would create 103 direct new jobs in the Capital Region with an estimated average annual salary of $110,582 plus benefits. LED estimates the project would result in 311 indirect jobs, for a total of 414 new jobs in the Capital Region.

The proposed export-oriented facility would be developed jointly by CF Industries and Mitsui & Co., Ltd. By employing carbon capture and sequestration, the ammonia production process would result in significantly lower carbon emissions than conventional ammonia processes, qualifying it as a “blue” process. Blue ammonia is seen as a key clean energy source since its components – nitrogen and hydrogen – do not emit carbon when combusted.

“This massive proposed investment from CF Industries would create good-paying jobs and strengthen Louisiana’s position as a leader in the clean energy transition,” Gov. John Bel Edwards said. “This would be another big step toward our goal of making Louisiana carbon-neutral by 2050. We thank CF Industries for its continued commitment to Louisiana, and look forward to working with company, parish and regional economic development leaders to move the project forward.”

CF Industries and Mitsui expect to begin a front-end engineering design (FEED) study once the site and technology provider for the new plant are finalized. A FEED study typically takes 9-12 months from the start date to complete. A final investment decision by the companies is expected to occur in 2023. Construction and commissioning of a new world-scale capacity ammonia plant typically takes approximately four years from that point.

“CF Industries and Mitsui believe that blue ammonia will play a pivotal role in accelerating the world’s transition to clean energy and that our proposed blue ammonia production facility is an important step towards this future,” said Tony Will, president and chief executive officer, CF Industries Holdings, Inc. “CF Industries has long appreciated the partnership we have had with the State of Louisiana and Ascension Parish, both as we have expanded our operations over the years and now as we decarbonize our production processes and consider new capacity growth. We look forward to working with them further as we continue to evaluate our proposed blue ammonia production facility.”

CF Industries is the world’s largest producer of ammonia, with a global manufacturing and distribution network. The Ascension Parish project under consideration is part of the company’s commitment to produce ammonia for clean energy applications while decarbonizing its ammonia production process. Earlier this month, it announced a $198.5 million plan to add carbon capture and sequestration capability to its existing ammonia production facility in Donaldsonville.

“CF Industries has been a tremendous community partner for over 50 years and we look forward to working with them on this project,” said Clint Cointment, Ascension Parish President. “This facility will help meet the world’s needs for sustainable solutions on climate change while creating 103 new local jobs with over $10 million in permanent payroll and significant local economic activity during construction.”

To secure the project, the State of Louisiana is offering CF Industries a competitive incentive package that includes the services of LED FastStart, which was recently ranked the No. 1 statewide workforce development program in the nation for the 13th consecutive year. Additionally, the company would be eligible for a performance-based award of up to $6 million to be paid out over four years to reimburse verified project development and infrastructure expenditures. The company is also expected to utilize the state’s Quality Jobs and Industrial Tax Exemption programs.

“Together with our partners, Ascension Economic Development Corporation is ready to assist CF Industries and Mitsui & Co. with this world-class energy transition project,” AEDC President and CEO Kate MacArthur said. “Our area continues to grow in the clean hydrogen/ammonia and carbon sequestration field and this project would be a remarkable addition.”

“With CF Industries’ incredible proposed project, Louisiana’s Capital Region shows it is ready to be a global leader in transitional energy,” said Adam Knapp, president and CEO of the Baton Rouge Area Chamber. “We have seen over $16 billion in clean energy investments announced since 2020 in our region. We extend our appreciation to CF Industries’ leadership team for their continued commitment to Donaldsonville and Ascension Parish, and to parish officials and partners for their work to make this happen for Louisiana.”

About CF Industries
CF Industries’ mission is to provide clean energy to feed and fuel the world sustainably. With its employees focused on safe and reliable operations, environmental stewardship and disciplined capital and corporate management, the company is on a path to decarbonize its ammonia production network – the world’s largest – to enable green and blue hydrogen and nitrogen products for energy, fertilizer, emissions abatement and other industrial activities. CF Industries has nine manufacturing complexes in the United States, Canada and the United Kingdom. Read investor announcements and additional information about the company at www.cfindustries.com.

About LED
Louisiana Economic Development is responsible for strengthening the state’s business environment and creating a more vibrant Louisiana economy. It is the only state agency in the U.S. accredited by the International Economic Development Council, boasting a wide range of award-winning programs and projects routinely ranked among the nation’s best. In 2021, LED attracted 64 new economic development projects representing over 18,100 new direct and indirect jobs, 9,700 retained jobs and more than $20.5 billion in new capital investment. Explore how LED cultivates jobs and economic opportunity for the people of Louisiana, and promotes business opportunity for employers of all sizes at OpportunityLouisiana.com.