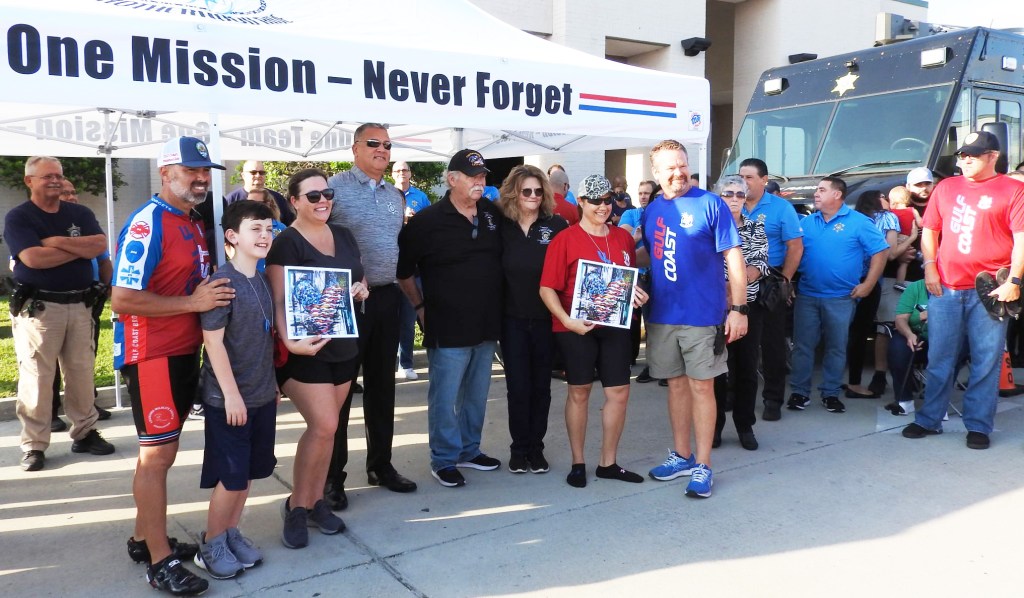 The families of fallen officers Jeremy Triche and Brandon Nielsen are pictured with members of the Gulf Coast Brotherhood Ride, held annually to recognize first responders who died in the line of duty, during a stop at the SJSO in LaPlace in 2021.

LAPLACE — A 10-year End of Watch Remembering Our Heroes program in honor of fallen St. John the Baptist Parish Sheriff’s Office deputies Brandon Nielsen and Jeremy Triche will be held at 5 p.m. August 16 in LaPlace.

The program will take place at the Lloyd B. Johnson Law Enforcement Training Center, located at 947 Cambridge Drive in LaPlace.

Deputy Sheriff Jeremy Triche and Deputy Sheriff Brandon Nielsen were fatally shot on August 16, 2012, by members of a domestic terrorist group known as the Sovereign Citizens, while investigating an earlier ambush shooting that wounded a sheriff’s office investigator.

Seven subjects were arrested and held in connection with both separate shooting incidents. The shooter, Kyle Joekel, was sentenced to death on Feb. 9, 2020 after being found guilty by a jury.