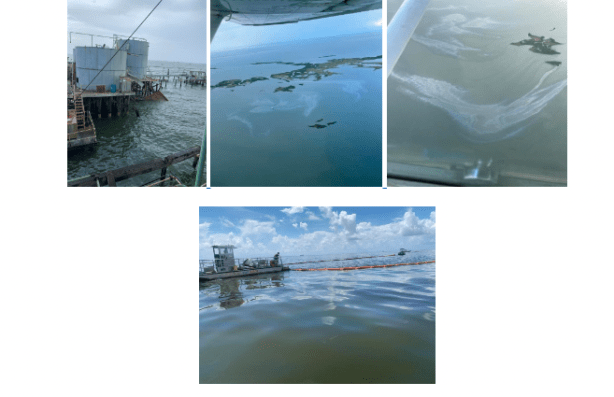 The source of the estimated 13,944 gallons of oil discharge was secured Monday. A Wednesday morning overflight showed no remaining recoverable oil within the area, with the remaining product expected to dissipate naturally over the next few days.

Minimal marsh and wildlife impacts have been observed and the unified command continues to assess the situation. There are currently no closures of fisheries in the area.

“Due to the automated systems that immediately shut in the facility and the quick response of the operator to isolate the scene and contact federal, state, and local agencies, the impact of the incident was greatly diminished,” said Capt. Loan O’Brien, the Coast Guard’s Federal On-Scene Coordinator for the incident. “The quick response enabled Coast Guard, National Oceanic and Atmospheric Association, Louisiana Department of Wildlife and Fisheries, Louisiana Oil Spill Coordinator’s Office, Louisiana Department of Environmental Quality, Louisiana Department of Health, along with Hilcorp Energy Company, Environmental Safety & Health Consulting Services, and Forefront Emergency Management to swiftly remove oil and greatly mitigate the impact to the environment.”

Coast Guard Marine Safety Unit Houma personnel initially received a notification from the National Response Center Monday stating the platform experienced a structural failure causing a tank to collapse into the water and spill the oil.

No injuries have been reported and the cause of the incident is under investigation.

Marine safety information bulletins and broadcast notice to mariners have been issued regarding all vessels avoiding the area and maintaining a safe distance from response operations. Mariners are encouraged to report any stray oil to the National Response Center at (800) 424-8892. For further information on these advisories, contact MSU Houma officer-of-the-day at (985) 665-2437.