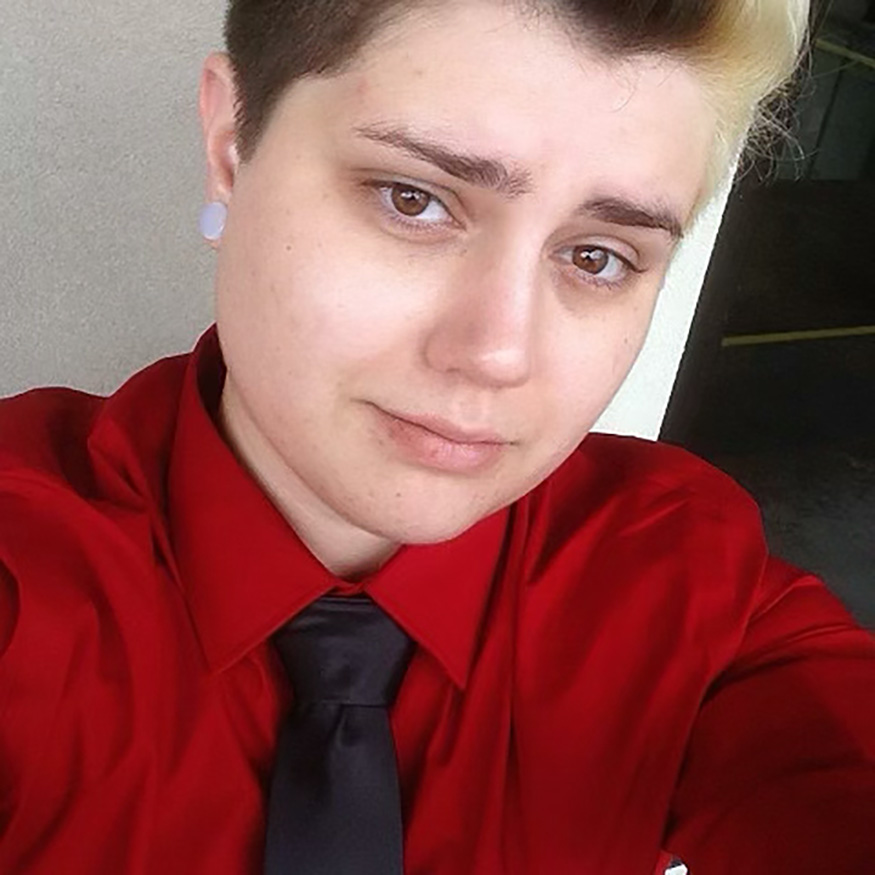 Jessica Scroggins passed away from fentanyl poisoning in February 2022.

LAPLACE — Jessica Scroggins was 30 years old when she passed away on February 3, 2022, poisoned by the one thing she feared the most.

It’s not always easy for Elizabeth Bourgeois to share her daughter’s story. Seeing how hard her daughter advocated for herself and fought for a sober life, she never expected Jessica’s life would be cut short by fake pressed oxycodone pills laced with a lethal dose of fentanyl.

“I share parts of Jessica’s story to wake people up. Don’t think you can’t ever get into my or Jessica’s shoes,” Elizabeth said. “I know the way many others see it. Oh, it was a drug overdose…They see a ‘drug addict’ and dismiss her whole life as a waste. That’s far from the way it was. She had a very caring and giving spirit. She cared for others more than herself.”

While Jessica lived in Montz at the time of her death, she grew up in St. John Parish and attended John L. Ory and East St. John High School. She was smart and very giving, sometimes too much for her own good. According to her mother, she was the type of person who would get up in the middle of the night to lend a listening ear to her friends while they cried.

As a young teenager, Jessica was injured in a four-wheeler accident that shattered the bones in her feet and fractured her pelvis. While she managed to recover, her body was put through the ringer once again in 2014 following a bad car accident. An 18-wheeler turned across her lane on Airline Highway as she was on her way to work at the Fairgrounds in New Orleans. The force of the impact caused her car to catch on fire, and she had to be extracted from the vehicle and airlifted to University Hospital in New Orleans for treatment.

Many surgeries and years later, Jessica found herself opioid dependent for pain relief.

“This was something she was determined she would not allowed to happen because she’d seen it happen to so many around her,” Elizabeth said.

According to Elizabeth, Jessica was especially afraid of fentanyl. She kept up with ongoing research on non-addictive pain medicines and always kept her family updated on research and testing phases.

When Jessica realized that she had become opioid dependent despite her best efforts to guard against it, she tried to seek help through the BAART program in LaPlace. She was committed to getting up every morning at 5 a.m. to receive a dose of methadone, a synthetic opioid used for pain relief and the treatment of addiction. The program seemed to be helping Jessica, despite not offering the counseling component that was promised. However, the facility was damaged during Hurricane Ida, and Jessica later tried to transfer to a Hammond clinic.

Elizabeth believes Jessica was set up for failure when the doctor in Hammond cut her off of the medication cold turkey, leading to terrible withdrawal symptoms. For weeks she begged for help from lawyers and doctors over the phone, trying to explain the dangers of a sudden cut of a high dosage of methadone.

“She was fighting hard for herself. I really believed she would get through it or find another program because she was so determined,” Elizabeth said.

When help didn’t arrive, Jessica journeyed down a dark path and turned to a trusted friend for street drugs.

Elizabeth heard her daughter leave their house in Montz at 6:38 a.m. the morning of Thursday, February 3. She returned home not long after in a pleasant mood and shared that she had picked up breakfast at the Waffle House on Highway 51 in LaPlace.

“She ate her breakfast and offered me the hash browns. I wasn’t feeling well, so I turned them down. She let me know they were better than the ones I make. That was our relationship, a lot of banter. That was also our very last conversation,” Elizabeth said.

Hours later, Elizabeth found Jessica lying on the floor of her room, already blue in the face and cold to the touch. The house turned into a crime scene as authorities questioned Elizabeth into the early hours of the morning. Police took Jessica’s phone and iPad for further investigation, and Elizabeth urged them to check crime camera footage from the Waffle House in LaPlace.

However, six months later, it’s unclear to Elizabeth if any investigation is still underway. Jessica’s cause of death is listed as an accident, which Elizabeth believes can’t be further from the truth.

“It isn’t an overdose. What happened to Elizabeth is classified as an accident, but actually it was a homicide by poisoning because some criminal made fake pills that look just like oxy and purposefully laced them with fentanyl,” Elizabeth said. “It’s like someone putting cyanide in your drink. It sucks that people are getting away with it. I want these dealers off the streets. I’m tired of hearing stories about these kids and adults dying.”

In a recent report, Coroner Dr. Christy Montegut said fentanyl started appearing in St. John the Baptist Parish in 2017, and deaths related to the drug have been on the rise over the past two years.

Fentanyl is typically used in general anesthesia to aid in sedation and pain relief. However, because of its potency, very small amounts can quickly suppress breathing and lead to death.

According to Dr. Montegut: “Initially it was made into a powder which was added to heroin so that heroin injections would have a stronger and longer euphoric effect. In the last few years, it has been put into counterfeit pills that are designed to resemble legitimate medicines that are used to treat anxiety, depression, pain or neuralgia.”

He added, “The bottom line is that any illegal drug that is bought on the street can now be deadly and lethal without the user knowing what he/she has ingested.”

Elizabeth urges families to be careful and look out for their loved ones who are battling addiction.

“You can’t just borrow or trade a few pills with a friend or relative. Today, it could be a life or death decision,” she said.