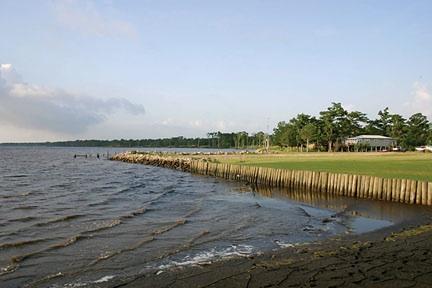 Frenier, located in St. John the Baptist Parish, was once known as Schlösser, named after German immigrant Martin Schlösser.

“They came here in the 1700s and they landed over on the east bank of the river and they lived over there for quite a while,” said Wayne Norwood, owner of the Louisiana Treasures Museum. “And then they broke up and some of them moved to St. John and settled along Lake Pontchartrain there.”

The Schlössers had difficulty keeping up with the timber industry, and instead found another lucrative industry that they had the upper hand in: sauerkraut.

In 1854, a railroad was built through the area, and the Schlössers were able to export their cabbage not just to New Orleans, but all the way to Chicago, Illinois.

Frenier was a very tight-knit community of German settlers, and when the New Orleans Hurricane of 1915 destroyed the area, much of the German heritage there was lost.

“When they moved here almost everything was in French. The newspaper, everything was all in French,” Norwood said. “They spoke German, but they stayed like a community and when the storm hit every house was destroyed except one.”

The Louisiana Treasures Museum, located in Ponchatoula, houses many artifacts from the German families that settled in Frenier.

Norwood has also written a book, “The Day Time Stood Still: The Hurricane of 1915,” which tells the story of a storm survivor, Helen Schlosser Burg.

“I know where every house was, who lived in the houses, the names of the people that lived there, all their kids’ names, and what they did for a living, and I have a lot of that in the book,” Norwood said.