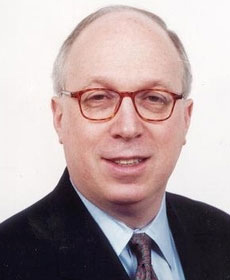 Our politics are arguably more divided now than at any other time in modern history – however, the one thing that both Democrats and Republicans in Louisiana do agree on is the need to rein in Big Tech.

Big Tech companies – specifically Alphabet (Google) and Meta (Facebook) – have come to dominate nearly every aspect of our daily lives, and now wield tremendous amounts of power over the news, content, and information we watch, read, and listen to.

Big Tech’s monopoly over the news and information space is not only blatantly unfair to smaller news outlets – and to conservative journalists in particular, who are too-often silenced – it is also one of the driving forces behind our deepening political divides.

The Founding Fathers enshrined protections for a press free from government regulation in the First Amendment to the U.S. Constitution because a free and diverse press is the backbone of a healthy and vibrant republic.

But the Founders could not have envisioned a future in which nearly all news and information would be controlled by two private entities: Facebook and Google.

To be sure, Louisianans not only recognize the significance of the threat posed by Big Tech’s monopolization of the news and publishing industries, but moreover, are united on the need to curb the outsized economic and political power of these companies.

New polling by Schoen Cooperman Research – conducted among a representative sample of Louisiana adults, and commissioned by News Media Alliance – reveals widespread concern over Big Tech’s undue influence, as well as broad-based public support for reforms to rein in these companies.

Roughly three-quarters of Louisianians are also concerned that Big Tech companies have too much power over the news & publishing industry (75%), and manipulate these industries for their own gain (74%).

To that end, Louisianians are broadly concerned that Big Tech companies are driving small & local news outlets out of business (73%), and widely agree that “Big Tech’s monopoly over the news and publishing industries is a threat to the free press, and is unfair to publishers, especially small and local outlets” (80%).

Louisianians widely agree with statements to this effect, including: “I support Congress taking steps to give small and local publishers more power in negotiations with Big Tech companies,” (76%) as well as “Congress needs to rein in Big Tech by passing reforms that would make the publishing industry fairer for smaller media entities and local operators” (72%).

Notably Louisianans also support Congress taking actions that would allow news publishers to band together to collectively negotiate fairer terms for use of content by Big Tech (68%) and increasing regulations on Big Tech in order to curb the power of these companies over the news and publishing industries (56%).

Importantly, Louisianans also indicate that a political candidate’s support for these reforms – or lack thereof – could impact their vote in an election.

By nearly 30-point margins, Louisiana adults say they would be more likely, rather than less likely, to support a candidate for Congress who backed the aforementioned reforms.

In terms of real-world action that Congress can take now, our survey assessed Louisianans’ support for a specific bill that was proposed earlier this year. The Journalism Competition and Preservation Act (JCPA) is a bipartisan proposal that would empower small news publishers – across the political and ideological spectrum – to negotiate fair terms for use of their content by Big Tech companies.

Nearly two-thirds (64%) of Louisianians support of Congress passing the JCPA, and 62% say it is important for Congress to pass this bill. By a margin of more than three-to-one, Louisianians would also be more likely, rather than less likely, to support a candidate for Congress who supported the JCPA.

Additionally, 62% of respondents agree that: “elected officials who oppose the JCPA are allowing Big Tech companies to continue manipulating the news for their own gain, leaving small and local publishers powerless.”

Ultimately, Louisianians are fed up with Big Tech companies being able to use their power to manipulate the news, silence opinions they don’t agree with, and crush local news outlets.

Louisianans want to rein in Big Tech, and are calling on their elected officials to deliver on targeted reforms – by supporting the JCPA – which our data indicates would have a positive electoral impact for these members.

Our findings present a clear call-to-action to Louisiana officials, who now have a mandate from their constituents to rein in Big Tech by passing the JCPA into law.