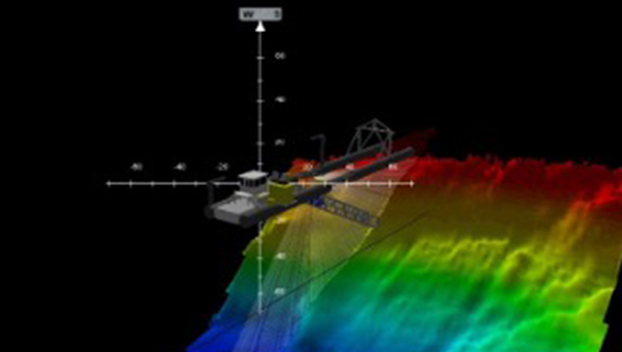 RESERVE – With the launch of DSC Dredge’s breakthrough technology “DSC VISION” a mere two years ago, on June 9, 2022, Bill Wetta, SVP of product development and chief technology officer, announced yet another upgrade live on its webinar “DSC VISION – Tried. Tested. Proven.”, leaving over 70 attendees in awe of its new potential.

When DSC VISION launched in 2020, DSC Dredge set in motion the standards for advancement in the industry. And even with the emergence of many other versions attempting to compete, the revolutionary combination of DSC Dredge and Teledyne software, Trimble GNSS positioning, and Teledyne Marine sonar technology continues to remain untouched by delivering a single, powerful package that allows operators to dredge with a new level of accuracy, confidence, and efficiency, resulting in significantly reduced project cost and risk.

Prior to DSC VISION, which some may even coin “the historical or past methodology”, operators relied on dredging experience, machine feel, and subjective instrumentation for ensuring real-time productivity and post dredging surveys for precise bathymetry or stockpile measurements and accurate mine planning.

The DSC VISION system integrated geographical dredge cutter head position and heading, multi-beam sonar imaging and mapping, dredge navigation and instrumentation, remote connectivity and monitoring, and a user graphical display and software interface that correctly depicts the current dredge location, depth of the cutter head, and topography of the bottom.  The inclusion of Teledyne’s acoustic sonar, provides critical real-time visual updates, leaving little to chance, as the operator can see the entire work area below the dredge, allowing them to react accordingly. This eliminates various concerns such as over dredging, under dredging, and operator safety, which leads to higher production rates, lower energy consumption and reduced downtime. Other software-based systems rely solely on modeled assumptions, which can be inaccurate and provide a false sense of security, resulting in the need for operators to revisit the work site, wasting valuable time and money.

According to one of its current users, “DSC VISION has been a phenomenal system, it is very helpful for the operators, and has exceeded all expectations. The software is incomparable to anything else we have ever utilized.”

With over 20 units purchased, installed and operational, DSC Dredge continues to leverage technology by taking DSC VISION to a new level and widening its scope with its announcement to release DSC VISION Survey+ .

With the introduction of DSC VISION Survey+, Owners and Operators can expect:

According to Bill Wetta, “In 2020, when I stated that the DSC VISION package was going to move dredging into the twenty-first century, my brother Bob and I already knew it was not going to be the stopping point for DSC Dredge’s contribution. We can honestly say the dredging industry and its technological advancements is nowhere near completion and DSC will continue to pave the road from leading in customizations to technology as a whole”.

To see the progression of DSC VISION and how it has changed the way one dredges, one can view the live recorded webinar by clicking HERE.