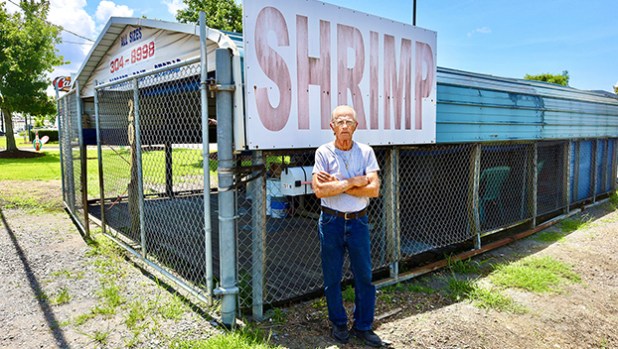 Now retired, Ferrel Bailey stands in front of the shrimp stand he operated for the past 30 years on Airline Highway in LaPlace. 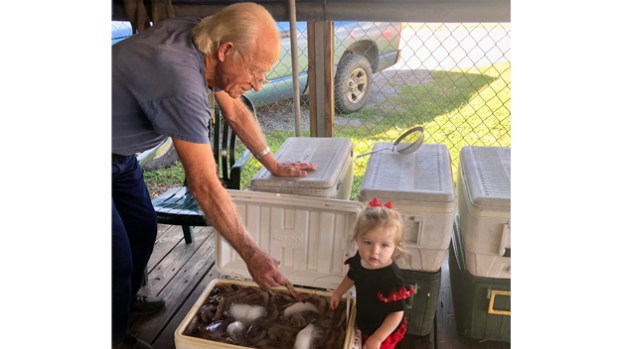 Now retired, Ferrel Bailey stands inside the shrimp stand he operated for the past 30 years on Airline Highway in LaPlace.

LAPLACE — Ferrel Bailey’s shrimp stand on Airline Highway has been a fixture of LaPlace for more than 30 years. Now nearing his 80th birthday, “the Shrimp Man” is closing the doors of the longstanding business to enjoy a well-deserved retirement.

Bailey will greatly miss serving shrimp, crawfish and fresh vegetables to his loyal customers from St. John the Baptist and surrounding parishes.

“The customers have always been nice, beautiful people. People were the best part of the job,” he said. “I’ve had ladies come in here when they were pregnant, and I remembered when their mom was pregnant with them. Sometimes people would come here because they just needed to talk to someone.”

Bailey is also appreciative to the late Daniel Becnel and his wife, Judge Mary Becnel, for allowing him to run a business on their property for the past three decades.

The shrimping business started with Bailey selling out of a trailer. However, he went into business on Airline Highway roughly five years before that, initially selling stacks of firewood, Halloween pumpkins and Christmas trees.

Bailey’s path in life was inspired by his experiences growing up on a farm in LaPlace. He was one of five siblings raised in a time when electricity was new and food could only be chilled with blocks of ice delivered to the family home. The Baileys raised cows, hogs and chickens, and they would often place boxes in the Mississippi River to capture shrimp as they traveled upstream.

“My parents would boil the shrimp and dry them because we had no way of keeping them,” Bailey recalled.

With vegetables readily available from the garden, the family never went hungry. Bailey decided to return to his farming roots in his adulthood, knowing he could make a good living.

“I was trimming houses, and it got to where it was hard to get your money. I figured I could do better just doing a little farming, sell some shrimp, and I wouldn’t have to chase money. That’s what really pushed me into it,” Bailey said.

Holidays were always the busiest time at the stand, whether it was Thanksgiving, Christmas, Easter or Mother’s Day. Football season sparked a similar spike in sales, especially when the Saints were in the playoffs.

Though he has thoroughly enjoyed serving the public, Bailey decided it was time to close shop and give his back some reprieve from lifting heavy ice chests and buckets of water. His sights are now set on getting his flood-damaged house back into shape.

During Bailey’s last three years in business, his sons Scott and Rick helped run the business on Saturdays and during the holidays.

Rick Bailey said it would always bring a smile to his father’s face when customers would share stories about how many years they had been buying from him and tell him that he had the best shrimp stand around.

“We enjoyed helping our father out because we knew how much he wanted his customers to get the best quality and price for their money. I am very proud of him for serving people in the parish and the people that came from out of town,” Rick Bailey said. “I want to wish him a happy retirement, and I love him very much.”