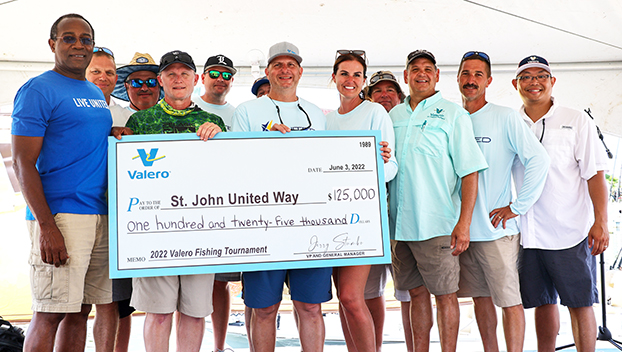 “We greatly appreciate the overwhelming support we received from our business partners to make this event happen,” said Jerry Stumbo, vice president and general manager at Valero’s St. Charles refinery.  “Most of us in South Louisiana enjoy fishing and the outdoors. I can’t think of a better way to raise charitable funding than by spending time doing what we love.  And I can’t think of a better organization to donate the funds to than United Way.”

“Valero’s fishing tournament was a huge success in every way imaginable and it’s only the first year,” said Artis Williams, executive director of St. John United Way. “The team raised over $125,000 in funds that are being given to us at such a critical time, after the pandemic and Hurricane Ida. Thanks again to all those who participated.”

Valero is a joint venture member in Diamond Green Diesel Holdings LLC (DGD), which owns a renewable diesel plant in Norco, Louisiana with a production capacity of 700 million gallons per year, and we own 12 ethanol plants located in the Mid-Continent region of the U.S. with a combined production capacity of approximately 1.6 billion gallons per year. Operations are managed through Refining, Renewable Diesel, and Ethanol segments. Please visit www.investorvalero.com for more information.