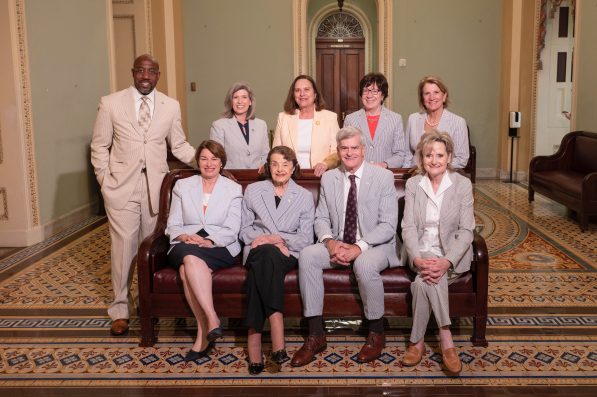 “It’s great to be back in seersucker,” said Dr. Cassidy. “Seersucker is a uniquely American and beloved New Orleans invention. I’m honored to be sharing this Louisiana tradition with my colleagues.”

Cassidy invited fellow senators, Senate staff, and Americans from all over the country to don their warm weather finest on this National Seersucker Day.

Seersucker suits were popularized by a New Orleans businessman in the early 1900s. Former U.S. Senator Trent Lott (R-MS) brought Seersucker Thursday to Congress in 1996. After the tradition went unobserved in 2012 and 2013, Dr. Cassidy revived National Seersucker Day in the U.S. House of Representatives in 2014 and has continued the tradition in the Senate with the help of Senator Dianne Feinstein (D-CA).

Cassidy entered the below statement establishing June 9, 2022 as the ninth annual National Seersucker Day into the Congressional Record.

Mr. President, today I rise in recognition of seersucker manufacturers and enthusiasts across the United States. I wish everyone a Happy National Seersucker Day. This uniquely American fashion has a storied history dating back to 1909. The first seersucker suit was designed by Joseph Haspel at his Broad Street facility in New Orleans, LA. Louisiana is proud to have played an important part in introducing the country to seersucker apparel.

This lightweight cotton fabric, known for its signature pucker, has been worn and enjoyed by Americans across the country during the hot summer months. Mr. Haspel said it best: “Hot is hot, no matter what you do for a living.”