While displaced in Texas, LaPlace teen graduates at the top of her class 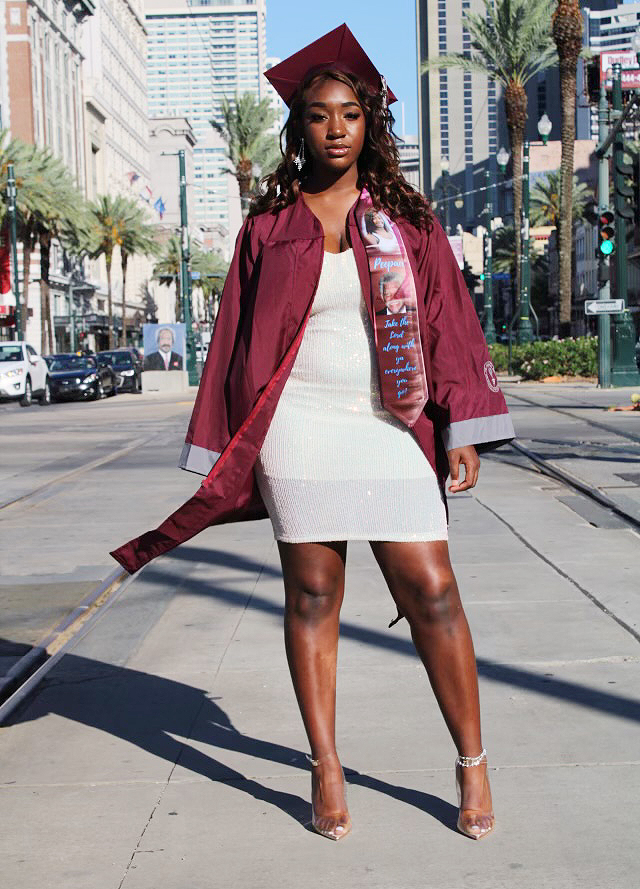 LAPLACE — Jazmine Jessie is a shining example of what it means to be resilient.

In the nine months since Hurricane Ida ravaged her family’s home in LaPlace, Jazmine has acclimated to an unfamiliar high school in Texas, led the basketball team to a state championship, and graduated at the top of her class, a full year early, with an astounding 4.7 GPA.

Jazmine was poised to graduate early since earning high school credits during her eighth-grade year in the St. John Parish STEM Magnet program. When Hurricane Ida struck, it seemed the storm had stolen not only her home, but the dreams she had for her combined junior/senior year.

“It was heartbreaking seeing my home like that and not knowing the next step. I didn’t know if I would be able to continue school this year or if we would be moving back to Louisiana,” Jazmine said. “It was challenging to go to a new school and having to leave all my friends and family in Louisiana, but it worked out well.”

Enrolling at Legacy The School of Sports Sciences in Spring, Texas, gave Jazmine the opportunity to play one final year of volleyball after the season was cancelled at East St. John. She meshed well with her new teammates at Legacy and made great contributions as the volleyball team reached the semifinals.

Jazmine went on to make an immediate impact on the basketball team, lighting the path to the Texas National Charter School Basketball Championship. In the final game of the season, she had eight points, five rebounds and the final block that sealed the state title. The athletic experience she carried with her from St. John Parish led to her becoming MVP of the team.

All the while, Jazmine continued to soar in the classroom and worked a part-time job at a local snowball stand.

Despite finishing first in her class, Jazmine could not hold the title of valedictorian as a transfer student. She did, however, receive “Highest Honors” and was commended by her school community for the big impression she was able to make in such a short time.

This summer, Jazmine will begin a new journey at Prairie View A&M University, where she will major in nursing.

“I really like helping people, and I feel like nursing is a way to do that with younger and older people. I really like hands-on work, so I think nursing would be perfect,” Jazmine said.

Parents Jerrod and Jucynthia Jessie could not be prouder of how their daughter has represented St. John the Baptist Parish under these difficult circumstances.

Jucynthia said Jazmine’s accomplishments prove that all things are possible through family, prayer and faith.

“The emotional and psychological turmoil of balancing academic responsibilities and extracurricular activities amid a natural disaster, as well as leaving behind community, family and friends, can be overwhelmingly devastating for any young person,” Jucynthia said. “Jazmine was tasked with maintaining strength and transitioned into her new school and community seamlessly. While some students may have struggled to find their footing and acclimate to their new environment, she did so and continued the mission of applying to college, which is a testament to her strong work ethic and faith. Her poise and commitment to service has not wavered due to her untimely relocation.”

Hurricane Ida marked the second time the Jessie family was displaced from a storm. They also sustained flood damage from Hurricane Isaac in 2012, but they are confident brighter days are ahead.

With their new high school graduate in tow, the Jessie family bid farewell to their Texas AirBnB Monday morning and finally made the journey home. 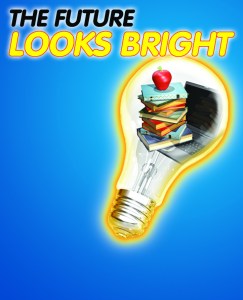