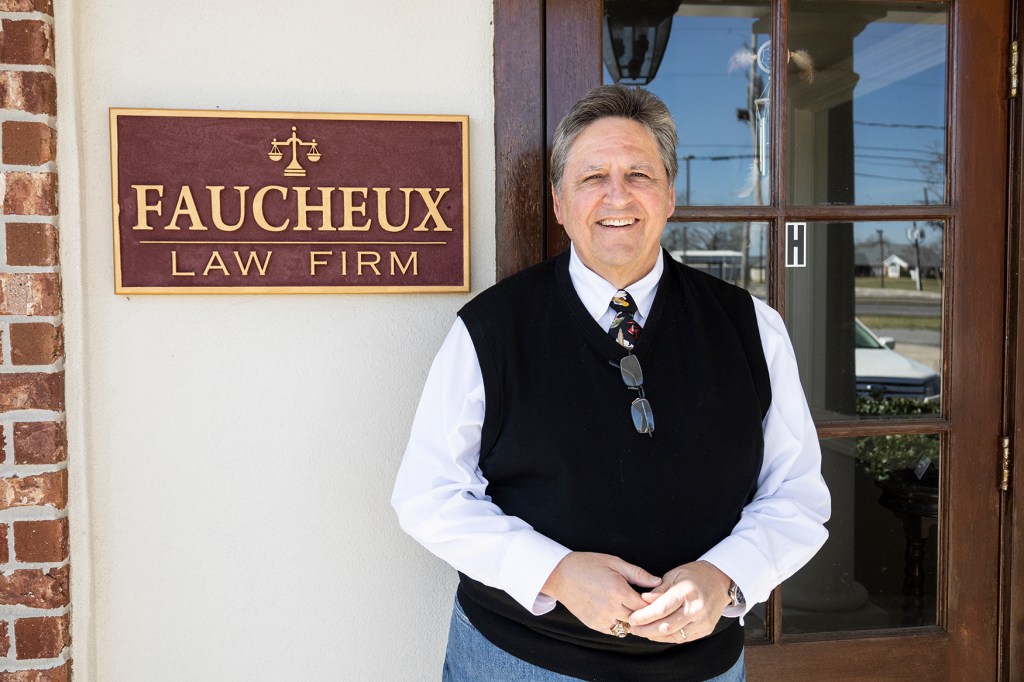 LUTCHER — River Parishes residents who are concerned about the financial security of their loved ones don’t have to look far for help with estate planning and successions. With nearly 50 years of experience serving the community, Attorney-at-Law Robert R. Faucheux Jr. can assist individuals with drafting an estate plan that maximizes their resources.

Located at 10900 Louisiana Highway 3125 Ste. H in Lutcher, Faucheux Law Firm can also help individuals who have lost a relative be put into possession of property. In circumstances where statutory grounds exist to nullify an improperly administered succession, Faucheux will fight for his clients’ rights.

In order to avoid disputes between family members, it’s important to have a plan.

“People think they can get a will online or somewhere else. You need to get an attorney to draw up a will. They are going to know what to do. Do not try to do it by yourself online,” Faucheux said. “Most of the time, what you find online is for other states. Louisiana under Civil Law. All of the other 49 states are Common Law States, and the way they create laws is different from the way we create laws here.”

The executor or executrix of a will is the person appointed to manage the succession up until the time the property is put in possession. The executor must be an adult. According to Faucheux, most people select the child who they feel is the most responsible, not necessarily the oldest.

In cases where the deceased individual did not leave a will, the court will appoint an administrator to serve the same role as an executor, making sure the assets are directed to the legal heirs.

“When you are drawing up a will, one party can leave everything to the other spouse, or they can leave it to their heirs, who don’t necessarily have to be their children,” Faucheux said.

Children under the age of 24 are considered forced heirs, as are children of any age with mental or physical disabilities.

Each spouse owns half of a community property acquired by either spouse during the marriage, unless the couple entered into a pre-nuptial agreement.

When a married person dies without a will, the surviving spouse becomes a usufructuary over their deceased spouse’s half of the property until remarriage or death, or unless specified as a lifetime usufruct.

Property that was owned by one spouse before marriage or given to only one spouse during the marriage is known as separate property.

Wills can be either formally drafted or olographic (handwritten), as long as it is dated and signed by the testator. According to Faucheux, individuals can amend their will or write a new will at any time.

Power-of-attorney, successions and trusts are other important parts of estate planning that Faucheux Law Firm can assist with.

A power-of-attorney gives someone authority over another person’s financial assets, lending ability and mortgage ability. Oftentimes this will be done before an aging or ill person becomes incapacitated, though the law does have provisions for the court to appoint a curator for cases when individuals cannot manage their own affairs. For instance, when a person has Alzheimer’s, the court can appoint a curator to manage affairs and an under-curator who ensures the curator is acting in the best interests of the individual.

Successions occur only after an individual has passed away to send another person into ownership of property. According to Faucheux, assets of less than $125,000 are considered small successions, while more valuable assets fall under a regular succession.

Faucheux was born and raised in St. James Parish and has practiced law in the River Parishes since 1975. His diverse practice has allowed him to represent clients in a variety of civil and criminal litigation in both state and federal courts of Louisiana. He previously served in the state legislature, representing St. John and St. James from 1996 to 2008, and currently serves as chief counsel for the town of Gramercy.