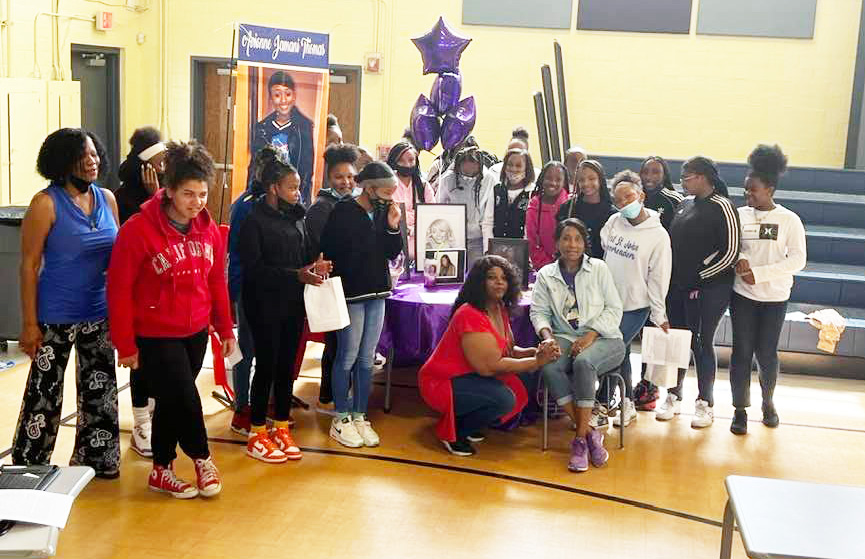 EDGARD — Avionne Jamani Thomas gained her wings on September 5, 2020 after returning home from a two-year hospitalization and an even longer battle with lupus. Her mother, Krischell Cannon Thomas, is giving life to her daughter’s vision of sharing her story through the Avi’s Flight Foundation. According to Krischell, it was especially important to Avi to return to her alma mater, West St. John High School, and share the realities of battling lupus.

Avi’s Flight Foundation sponsored the second annual Lupus Awareness Event on May 1, 2022, inviting Lupus warriors to have their voices heard by the public.

Avionne was only 24 years old when she passed away. She was a 2014 graduate of West St. John and a 2018 graduate of Dillard University in criminal justice. Though she was officially diagnosed with lupus during her freshman year at Dillard in November 2014, her first symptoms arose during her senior year at West St. John, as she struggled to physically perform on the volleyball team. Within a year, she developed dizziness, vomiting spells, high fever and swelling in her wrists and ankles.

Last week, Avi’s Flight Foundation hosted events at West St. John Elementary and West St. John High School in Edgard, educating young ladies about the symptoms of Lupus and how it could affect involvement with extracurricular activities, including sports. During the event, a 14-year-old student battling lupus was honored.

According to Krischell, the Foundation plans to continue its efforts in the fall by traveling through St. John and neighboring parishes to raise awareness for this auto-immune disease.

Anyone wishing to donate to the Foundation can CashApp $Avifly96 or direct donations to P.O. Box 282 Edgard, LA 70049.