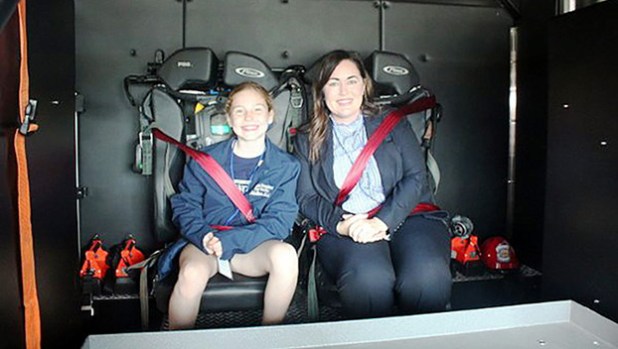 Adeline Michel and Parish President Jaclyn Hotard ride in a fire truck during a recent tour of St. John Parish. 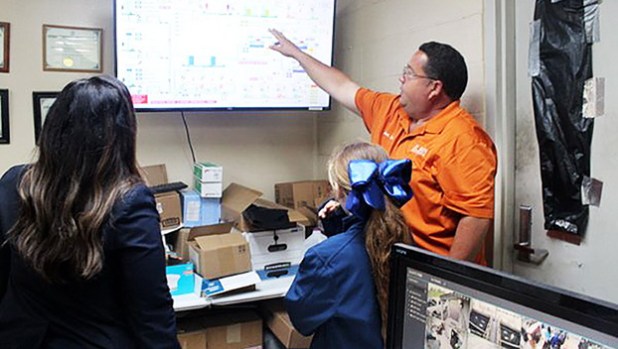 As Parish President for a day, Adeline Michel learns about the Parish drinking water after a tour of the Lions Water Treatment Plant. 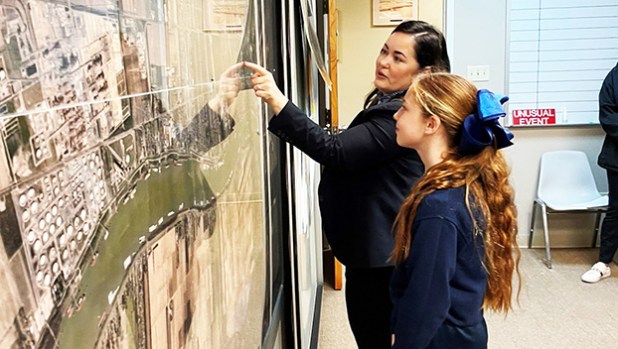 Adeline Michel, parish president for a day, reviews a map of St. John Parish along with President Jaclyn Hotard.

President Hotard and staff then escorted Parish President Michel to breakfast at Dunkin’ Donuts. After they toured the Emergency Operations Center, where the new parish president learned about emergencies, how sirens work, and visited the 911 communications center.

The next stop was the Parish Government Complex for an inside look at Parish departments and agencies inside the complex.

Adeline stated that her favorite part of the day was getting her own ID badge to access the hallways at the Government Complex.

“Parish President for a Day will definitely be one of my favorite days,” said Parish President Hotard. “Adeline was a joy to be around and while it was a great opportunity for her to learn more about Parish government, we learned just as much from her.”