Get ready for the Rougarou minor league baseball team 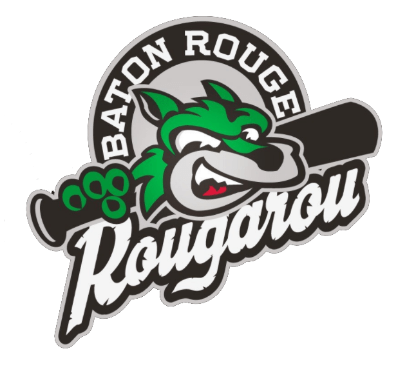 BATON ROUGE – According to Louisiana legend, the Rougarou is a hair-raising creature that has been transformed from human to werewolf.

The Baton Rouge Rougarou is looking to transform itself as well — into a howling success.

Rantz, the former LSU and minor leagues pitcher, former sports broadcaster and current chief executive officer and president of the Louisiana Sports Hall of Fame Foundation, is the new owner of the Baton Rouge Rougarou, also a hybrid. It’s a summer Texas Collegiate League/minor league baseball team about to embark on its fourth season. The Rougarou begins a five-game road trip on Tuesday, May 31 at the Acadiana Cane Cutters in Youngsville, then returns to its home, Pete Goldsby Field in Baton Rouge, on Tuesday, June 7 for its home opener against the Victoria Generals at 7 p.m.

Rantz bought the team in February from former minor league player and manager Ricky VanAsselberg, who bought the team in 2020 after the season was wiped out by Covid 19. The team played a full schedule last summer, winning 10 games.

“I bought it because of the potential,” said Rantz, a 1992 All-SEC pitcher who threw in the San Diego Padres and Milwaukee Brewers organizations before an arm injury cut his career short. “I would go to the games and think of ways to make it better. I want to show Baton Rouge and the surrounding communities that a collegiate team can not only survive but thrive here.”

To further that agenda, Rantz hired veteran local coach Wes Theriot to lead the 2022 campaign. Theriot has served as the head coach of the Dunham School since 2020 after spending several years at Central Private School. He also spent four years covering the southeast territory for Beverly Hills Sports Council, one of the largest sports management companies in the country. He also has worked with the staffs of Team USA. He will be assisted by his Dunham assistants Rick Smith and Ricky Smith, along with Sean Teague, a pitcher on LSU’s 1993 National Championship team who has served as pitching coach at Georgia Southern and Tulane.

But people really want to know who’s on first. The roster is a mix of college players from around the country, but with some local flavor that Rantz hopes to increase over time. Catcher Brennan Lambert is a Catholic High graduate and a redshirt sophomore at Tulane. Elliot Hebert is an outfielder at Baton Rouge Community College, Reed Eason is a second baseman at LSU Eunice. Landry Alligood is a pitcher from Anacoco who just completed his freshman year at Tulane.

“It’s exciting,” Theriot said. “I think it’s going to be a fun time working with some guys that are really fired up about playing. A Lot of kids in this league are just trying to get some work in. They’re here to get better. The challenge is, you’ve got guys playing together, maybe playing a position they aren’t used to. You’ve got some freshman guys that maybe didn’t play a whole lot at the school they’re going to.  That’s what makes it fun though, getting to know the kids and work with them and figure out their goals and help them along the way.”

Rantz is looking to show the folks in Baton Rouge a good time. There will be on field promotions, interactive experiences and entertainment, and fireworks after every Friday night home game. The Rougarou will play 24 home games between June 6 and July 31, all at Goldsby Field at 7 p.m. Season tickets are available, including a family 4 pack for $100.

“Our goal for this year is to put a good quality product on the field where college kids can get experience playing and people can come out and have a good time,” Rantz said. “We’re going to make sure the beer is cold, the concession stands are full, the bathrooms are clean – especially the ladies’ — and the product on the field is good.”