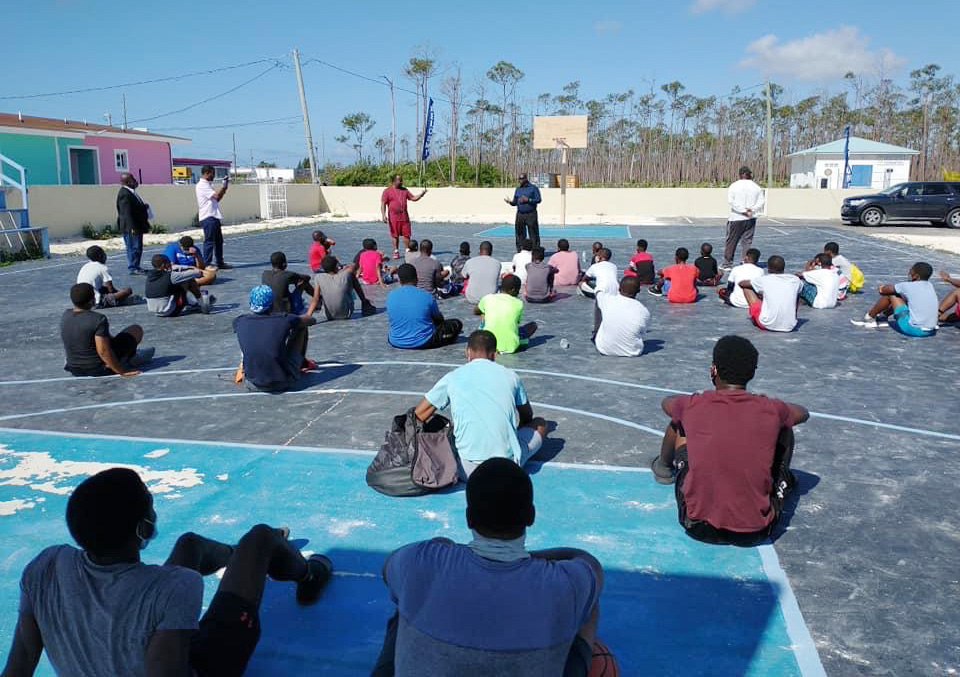 FREEPORT, Bahamas — St. John Heat Youth Org. Coach & CEO Raffeal Neal, along with his daughter Bria Neal, a standout member of the Howard Payne University women’s basketball team, will be part of the coaching staff at a basketball camp in the Bahamas this summer.

The Building Bridges to the Bahamas and Beyond Radio Podcast will host its inaugural basketball camp and youth revival for boys and girls, ages 9 to 15, July 15-16 in the Pine Dale neighborhood of Freeport, Bahamas.

Rev. Wells and Min. Carter have made mission trips for more than a decade, preaching at churches and hosting musical events, feeding programs and other activities for the underprivileged.

In August 2021, Wells and Carter were drawn to the Pine Dale neighborhood in Freeport, Bahamas, located near the 8 Mile Rock neighborhood that saw the upbringing of NBA Star Buddy Hield and WNBA Star Jonquel Jones.

During a Saturday afternoon trip to the local park, Wells played some one-on-one basketball and team pick-up games with more than a dozen Bahamian children. When he asked how he could further support them as a missionary, they asked if he could provide them with tennis shoes and teach them more about basketball.

In that moment, a vision for a basketball camp was born.

Wells has a long history with Neal, as both men graduated from the University of New Orleans and were joined in the brotherhood of Phi Beta Sigma Fraternity Inc.

According to a press release, Wells said, “Coach Neal has been the CEO of the St. John Heat Organization as well as developing his own children, Brandon and Bria, into becoming outstanding players. Coach Neal’s character and competency made him an easy choice, and the addition of having Howard Payne University star Bria Neal is a double blessing.”

Bria Neal is a second team all-conference basketball player who has averaged 17.6 points and eight rebounds per game. A graduate of Riverside Academy, she was named the ASC Player of the Week this season and scored a career high of 29 points at Belhaven. She was among 31 students recently named to Howard Payne University’s annual “Who’s Who” list for academic ability, participation and leadership in academic and extracurricular activities, citizenship, service to HPU and potential for future achievement.

The free basketball camp will begin at 9 a.m. Friday, July 15, and more than 100 youth from the island of Freeport are expected to participate.

For more information, visit randywells.net or contact Wells at Wellsofwisdom2016@gmail.com