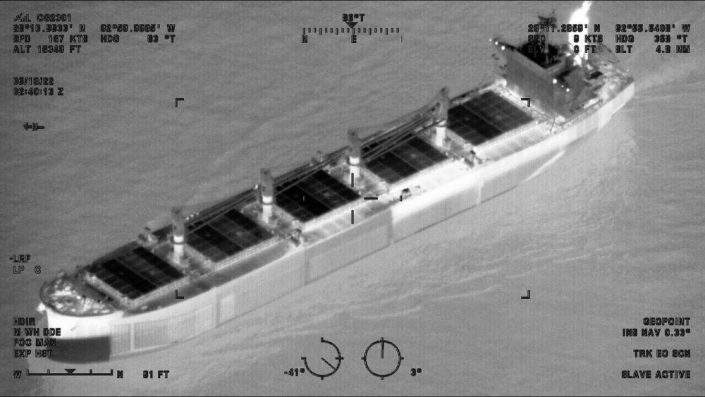 The Dolphin crew rendezvoused with the carrier vessel, hoisted the man and transferred him to the University of Texas Medical Branch at Galveston in stable condition.