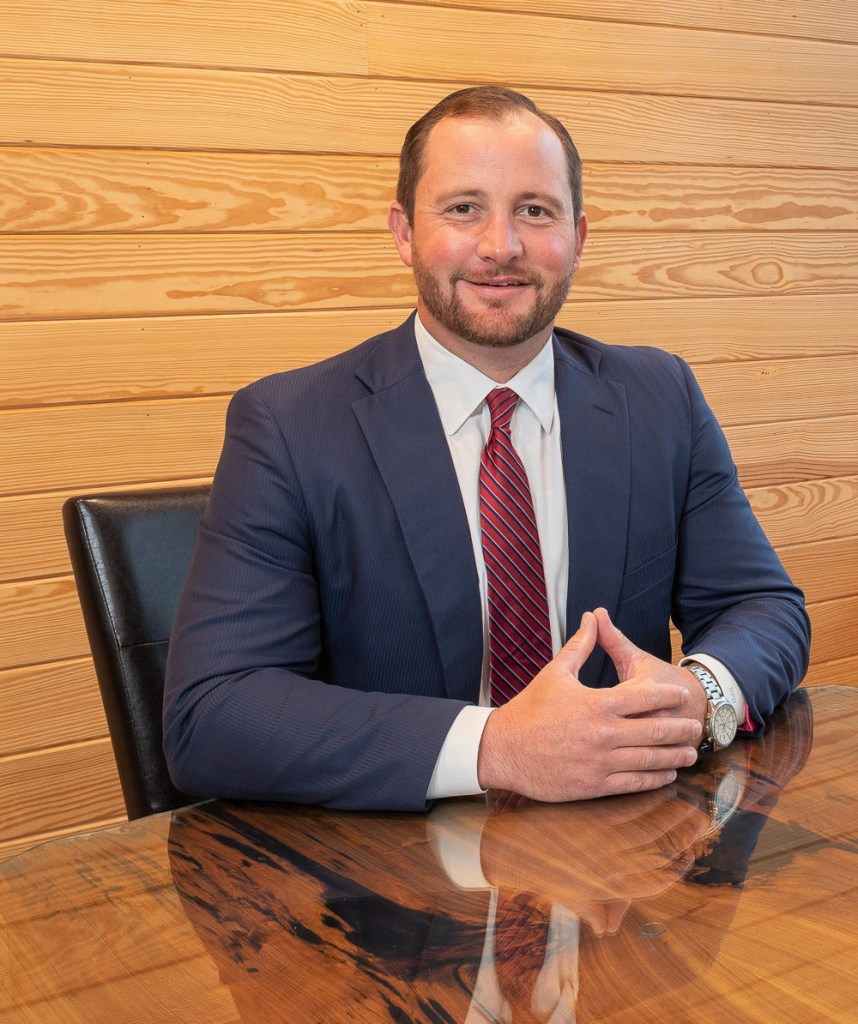 LAPLACE — Based on prior storm models, Attorney-at-Law Henri Dufresne knows that a majority of claims against insurance companies come in between months eight and 10 as homeowners grow weary from fighting an uphill battle.

Located at 607 Belle Terre Blvd. Ste. A in LaPlace, Dufresne Law Firm has assembled a team of experts including contractors, adjusters and engineers to level the playing field and get clients the money they need to rebuild their lives.

Data collected from Lake Charles in the aftermath of Hurricane Laura has shown that 92% of homeowners will take losses rather than pursuing claims against insurance companies. Dufresne said it’s important for people to understand their rights and that the insurance companies are obligated under Louisiana statute to pay for damages.

“We don’t believe it’s an issue of being overwhelmed or an issue of unpreparedness. We believe it is the business model of the insurance companies to not pay what is due,” Dufresne said. “It’s really disheartening to see as homeowners that we pay our policies that we think will protect us and make our lives easier. Ultimately, the homeowners are stuck with the impossible burden of trying to put a house together without money. It’s not an issue where you can buy a new car after an accident. This is your home, where you have to live.”

According to Louisiana statute, insurance companies that have acted in bad faith are required to pay attorney’s fees and penalties of 50% the amount owed (on top of paying the damages originally owed on the claim).

Dufresne said an insurance company may be acting in bad faith through:

These stipulations are specific to homeowner’s coverage, Dufresne said, noting flood insurance is governed by an entirely different set of rules given that it is a national program.

Homeowners ready to fight back against insurance companies have nothing to lose by seeking reputable legal assistance.
“Our clients don’t pay anything to hire us. We put forward all the costs to hire our experts and get them in a position to get it resolved,” Dufresne said.

Payment is dependent on what is recovered from the insurance company. In a case where no money is recovered, attorneys will not collect.

Unlike some other firms, Dufresne Law Firm prepares every hurricane claim for trial, which often leads to much better outcomes at the mediation stage.

While some clients are still waiting on insurance companies to tender money for their houses to be gutted, others have discovered the need for additional funds throughout the rebuilding process.

Prior to Hurricane Ida, Terrilyn Stanford had never been in a position where she had to deal with an insurance company. The insurance adjustor who came to her house did not catch the mold and mildew growing behind the cabinets.

“They gave me some money and we did as much as we could with the contractor I had. I have no kitchen and no floors in my house. I tried to get insurance to pay some more money to help me with those things. They just would not budge,” Stanford said.

Stanford has spent months living with her mother while her son has continued living in her house without a functioning kitchen. After seeing a recommendation for Dufresne Law Firm on Facebook, she decided to pursue legal help.

“I didn’t have to do anything else. They hired somebody to come and really thoroughly inspect the house. Then he put in the information to the insurance and he was able to get me a lot more money than I had originally. Now I will be able to finish my kitchen and my flooring in my house so I can move back home,” Stanford said. “I can’t think Henri enough. Words can’t even express how I feel about that law firm and what they were able to do for me. If you are in the situation I am right now, please call and get in touch with him. They are fantastic.”

While making clients whole can be a lengthy process, Dufresne said St. John the Baptist Parish is fortunate to have a special master appointed to handle hurricane claims.

“The point of the special master is to expedite the process of getting claims resolved so that litigation is not carried out over years and years like it was after Katrina,” Dufresne said. “What we’ve seen so far in Lake Charles is that when cases is go to the special master, as opposed to years of litigation, most cases get resolved in six to eight months, which is advantageous to the clients.”

If a resolution can’t be reached, the case would go before a judge. However, Dufresne said the latest data shows that special masters have been able to settle roughly 90% of hurricane claims related to Laura, and the same can reasonably be expected for Ida claims.