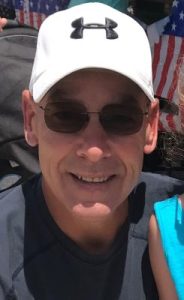 Jeffery was preceded in death by his father, Norman Yates and survived by his mother, Arlis Yates. Father of Corey Yates, Megan Coggins, and Brandon Yates; grandfather to McKenzie Yates, Evelynn Coggins, and Elliott Coggins; brother of Kenneth Yates and Donna Williams.

He was a Veteran who proudly served in the United States Army, 82nd Airborne Division. He played darts on a dart league for many years and enjoyed going to the gym. He also enjoyed spending time at his family hunting camp, where he will ultimately be laid to rest.