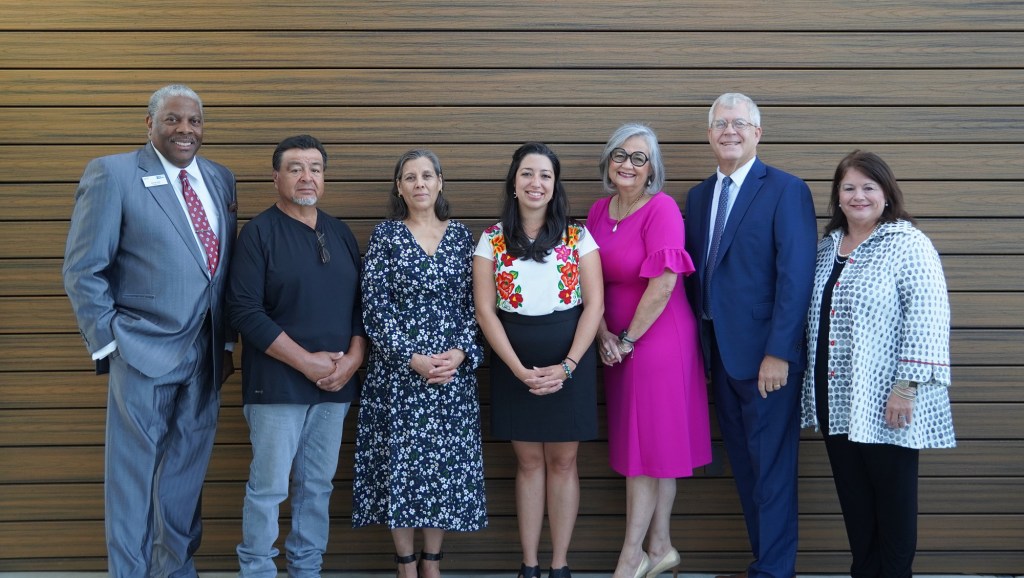 BATON ROUGE – Capital Area United Way hosted the Brotherhood Sisterhood Award honoring Coletta Barrett and Marvin Borgmeyer at The Executive Center on Friday morning. In addition to Barrett and Borgmeyer, U.S. Navy Fireman Pedro Cerda-Torres received the Pass the Torch award, which aims to honor individuals between the ages of 18 to 24 who are advancing the mission of Brotherhood Sisterhood. Honorees also received Certificates of Commendation from Mayor-President Sharon Weston Broome. The event was sponsored by Baton Rouge General and ExxonMobil.

“Following a two-year hiatus due to the pandemic, we were excited to bring this annual event back to the community” said George Bell, president and CEO of Capital Area United Way. “Coletta, Marvin and Pedro are truly deserving of this honor and continue to exemplify the spirit of these awards and the advancement of the mission of Brotherhood Sisterhood. We are also so thankful to Baton Rouge General and ExxonMobil for sponsoring this important effort.”

Since 1963, the Brotherhood Sisterhood Awards have honored individuals in our community who have, throughout their lives, worked toward the elimination of bias, bigotry and racism across ethnic, gender and religious lines. Since 2016, the awards have been hosted by Capital Area United Way. In 2018, Pass the Torch was added to the award lineup.

In 2020, Living United was created as part of Capital Area United Way’s commitment to identify, develop, and implement impact strategies, practices, processes, and messaging to drive equitable community change. To achieve our vision, we must understand and address the underlying factors that impede progress. By challenging practices based on racism, and other historical and current forms of discrimination, we can create more inclusive communities and equitable outcomes.