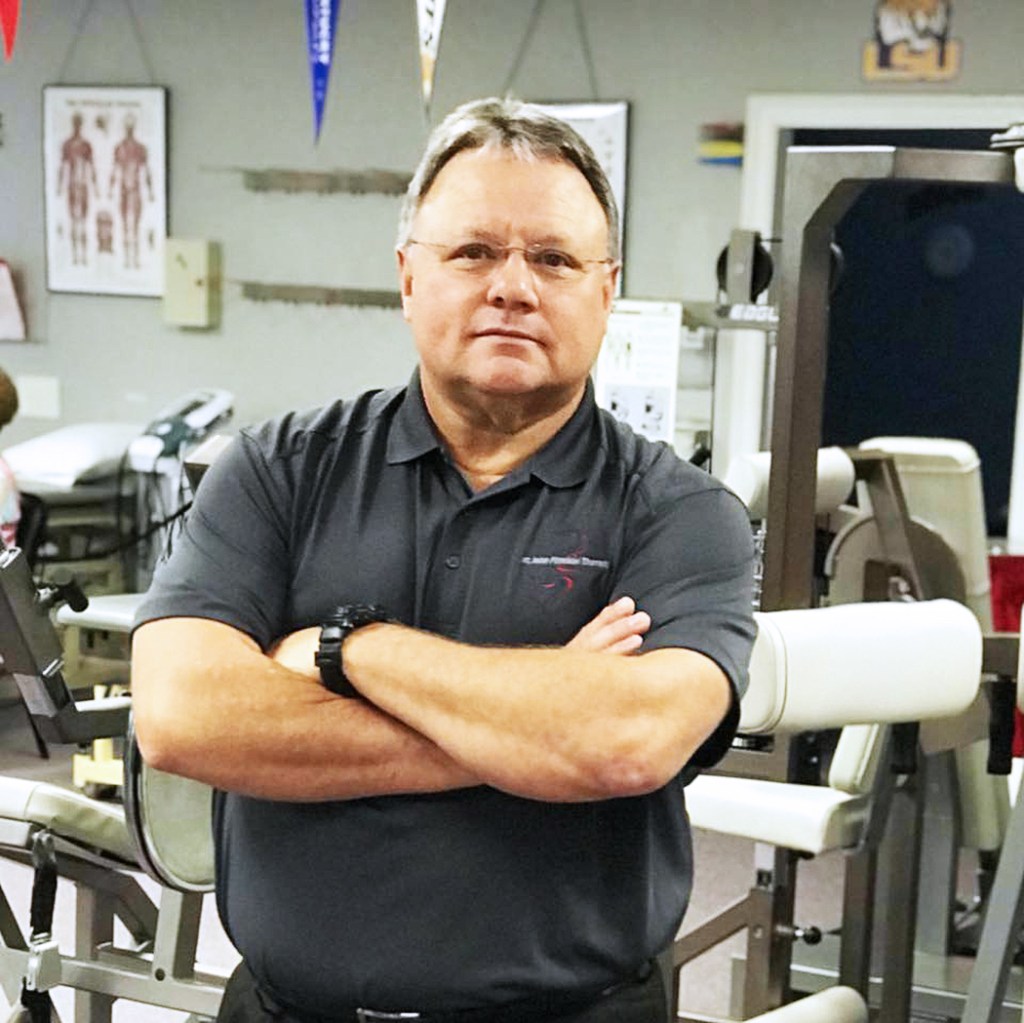 Woody Norsworthy is the owner and administrator of St. John Physical Therapy.

LAPLACE — New research and expanded treatment options have allowed the physical therapy field to grow by leaps and bounds over the past 30 years, but what hasn’t changed is the satisfaction of helping patients return to function.

St. John Physical Therapy opened at 504 Rue de Sante in LaPlace on April 20, 1992. Three decades later, owner and administrator Woody Norsworthy is still motivated by patients who approach him in the grocery store and say, “I’m doing much better now because of you.” He lives for the “wow” moments when patients realize movements that once hurt can now be done with ease.

Norsworthy has worked as a physical therapist for the past 38 years. It seemed like the natural course to take as an athlete and a scientific guy, and he hasn’t looked back since.

The team at St. John Physical Therapy is dedicated to continuing education to keep abreast of changes in the field. Since COVID-19 has cancelled many training seminars, Norsworthy often spends weekends sitting on his porch, watching videos on the latest physical therapy advancements.

“The treatment options that have come about through research are really greater now than they’ve ever been, and I’m sure they will continue to evolve,” Norsworthy said. “Still, the best tool we have is our hands and knowing where the problem is and what to move so it gets better.”

Some of the biggest changes in the industry have been on the financial side. There are also more options for physical therapy treatment in LaPlace than ever before, and Norsworthy relies on patient testimonies to keep St. John Physical Therapy as the top choice for those in need of services.

Angelle Songy of Choice Title said, “Woody and his staff have been a Godsend to my mom and our family. He is a trusted friend, and the care that patients get at St. John Physical Therapy is top notch. They are without a doubt the No. 1 place that comes to mind when I know someone who needs physical therapy.”

“He takes pride in his work. As tough as it is, he does enjoy it,” Cambre said. “He knows what he’s doing, and he still teaches students that come in. They learn a lot from him.”

While the building has rebounded from some damage during Hurricane Ida, the biggest challenge since the storm has been reminding people to prioritize their health.

“When people have another stressor, their healthcare gets pushed aside. People often find something better to do than to take care of themselves,” Norsworthy said. “You have to participate to improve. People are afraid, and you have to convince them they are going to get better.”

After 30 years of operating St. John Physical Therapy and nearly 40 years in the field, Norsworthy sees retirement in his future. Until then, he looks forward to meeting new friends and catching up with the thousands of patients he has cared for since 1992. The coffee is always hot, and he invites anyone to drop by the clinic when they are in the neighborhood.

“I am going to retire, just not right now. I have folks that trust me, and I’m going to take care of them,” Norsworthy said.