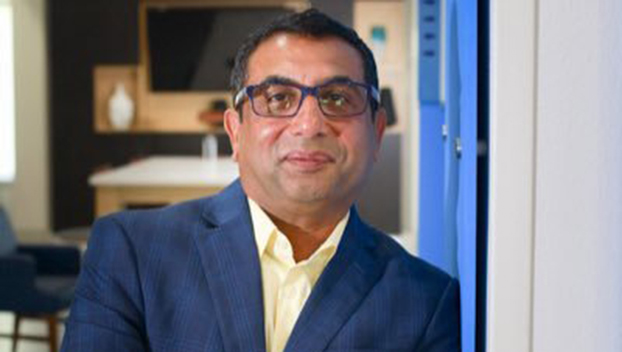 Headquartered in LaPlace, QHotels manages a portfolio that includes well known hotel brands (Marriott, Hilton, IHG and Best Western among them) across Louisiana.
According to the important industry association, “This award recognizes a hotelier who has demonstrated strong leadership, has high standards of excellence, and is making a significant contribution to the lodging Industry.”

“It is a tremendous honor to be recognized at a national level especially in a post covid tumultuous hotel industry,” Patel said. “It’s especially meaningful because this recognition is also part of the effort to engage and change the system. It was a singular effort to bring attention to the plight of the hoteliers – which has been recognized on a national level.”

A leading hotelier, Patel is also a brilliant business strategist and an expert in all aspects of the business of hospitality. Frequently featured in media across Louisiana and around the country, Patel has appeared on Fox, and was recently the focus of an Associated Press story on how the hospitality industry has struggled with supply chain issues. That story went global, appearing in nearly every newspaper across the United States and Canada and many news outlets around the world.  Last year, ABC News reported on a lawsuit Patel “spearheaded” against “two of the biggest hotel chains in the world,” in an article they called “Indian Hoteliers Test Clout in Lawsuits Against Big Chains.”

According to the official press release of the Asian American Hotel Owners Association, “Each year, AAHOA honors hoteliers who go above and beyond in service to the hospitality industry.”  The official award announcement goes on to say, “The annual AAHOA Awards Program recognizes the best of the best, and AAHOA is honored to highlight this year’s award winners’ service and commitment to excellence.  Their hard work and dedication does not go unnoticed, and it is through their leadership, grit, and determination that our industry – and association – continues to thrive.”
Recently, when a journalist asked what leadership means to him, Patel’s answer showed that it’s not the awards and acclaim that matters.

“Leadership is vital in business because leadership is creating and providing solutions – and the only way to do that is to be in each department and actually see and understand the problems that are time consuming, to know what kind of accommodations or changes are needed, whether automation is needed, or if it is the business process or model that might need to be changed. Sometimes you yourself have to be the change to make the change.”