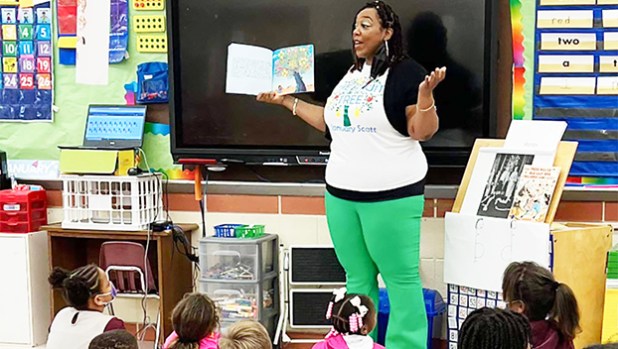 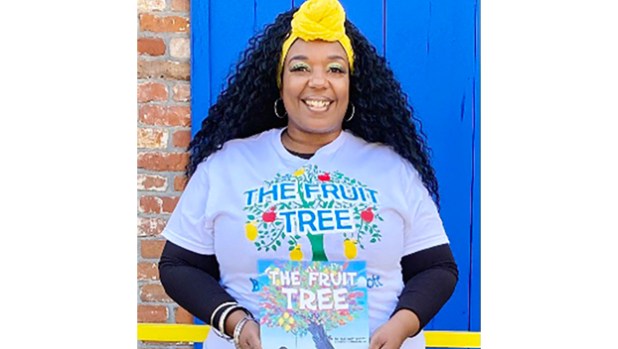 January Scott holds her first children’s book, “The Fruit Tree,” which contains a message about having faith in God. 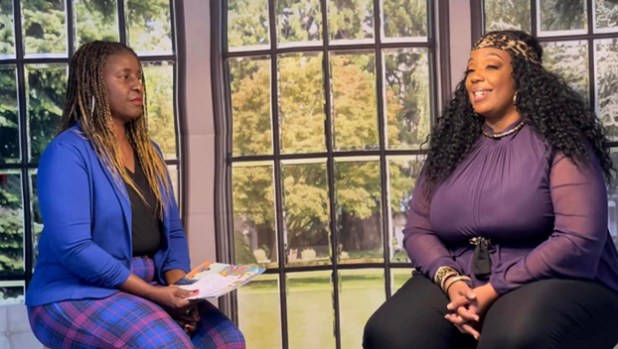 LAPLACE — When local author January Scott puts pen to paper, her words are always purposeful. Her three recently released children’s books contain messages of light, hope and encouragement that can resonate with readers of all ages.

Scott’s journey as an author began at Voice of Truth Fellowship in LaPlace as her pastor and spiritual mother Laurie Adams encouraged her to use writing as a form of personal therapy. The more she wrote, the more she noticed God was beginning to heal her wounds.

“With writing, you’re able to express yourself on paper when you’re not able to verbally express yourself,” Scott said. “At that point, I was in a very dark place in my life, and I was going through so much to where I wasn’t able to verbalize how I was feeling. Sometimes, writing can be an intimate time with you and God.”

Her first book, “The Fruit Tree” was released in August 2021. It tells the story of a little boy who accidentally falls to the ground and discovers a seed. Eager to see it grow, he plants it in the backyard with help from his siblings, but he soon learns it will take patience to see the fruits of his actions.

“The seed didn’t grow overnight. It took time for it to grow. The book is really spiritual. It’s full of faith and full of God. You can really see yourself in it when you have to wait on God,” Scott said.

Her second and third children’s books, “The Dancing Tutu” and “Lyndell’s Big Surprise,” were released in March 2022.

“The Dancing Tutu” introduces readers to a little girl afraid of going on stage by herself for a big dance performance. While he was comfortable performing with a group, she is now faced with her first solo, and she asks God to send her some help that only she can see. When she is the only one able to see a mannequin come to life to dance alongside her, she knows God has granted her miracle.

Meanwhile, “Lyndell’s Big Surprise” is a story about family, legacy and love that spans generations. As Lyndell’s birthday approaches, his dad finds an old music box that his father once gave to him. Taking the box to the music store, Lyndell’s father finds a way to make the gift extra special while sharing the importance of family traditions with his son.

Scott, a paraprofessional in the St. John the Baptist Parish Public School System, recently read her books to children at Fifth Ward and West St. John Elementary in honor of Read Across America.

She also read one of her books at Fifth Ward’s Literacy Night and did a television interview on The Positive You Talk Show with Debbie Sanders Craighead.

Scott received great feedback from her coworkers and schoolchildren who were ecstatic to learn she wrote the stories.

Scott is preparing to publish two more children’s books, a collection of poems and a book about her life.

Scott’s books are available now on Amazon. Those interested in obtaining copies or coordinating a class reading may also call 985-210-1231 or email January_scott@yahoo.com.