Officials push back against skyrocketing flood insurance prices as Risk Rating 2.0 rolls out 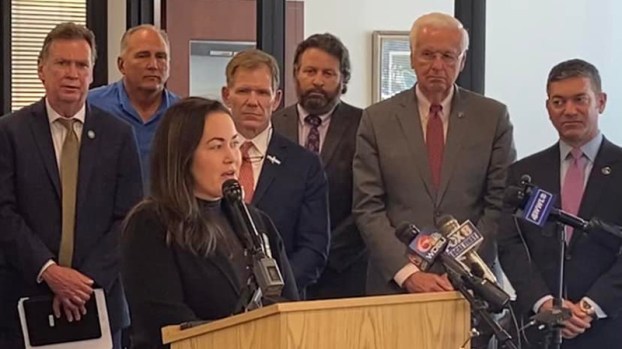 St. John the Baptist Parish President Jaclyn Hotard speaks during a meeting with several parish presidents and regional leaders who have expressed opposition to Risk Rating 2.0. 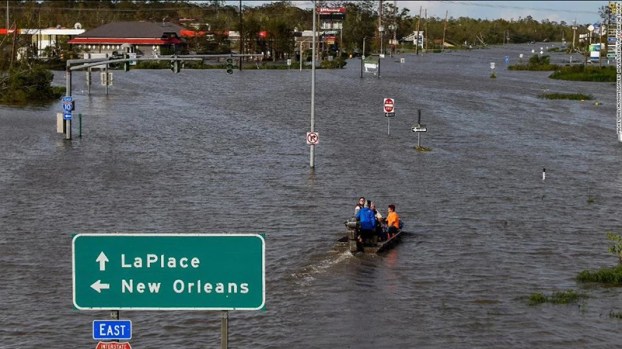 LAPLACE — U.S. Congressman Garret Graves fears policyholders will be in for a rude awakening as flood insurance renewals skyrocket with the implementation of the new Risk Rating 2.0 methodology.

Phase two of the Risk Rating 2.0 rollout begins April 1, 2022, with approximately 70% of Louisiana policyholders expected to see premium increases when it comes time for renewal. Individuals who obtained new policies during phase one, which began in October 2021, saw costs up to 800% higher than the legacy system.

Policies have the potential to increase up to 18% per year until reaching the full risk rate.

Whereas the previous system was based on flood zone, elevation and either riverine or storm surge flooding, Risk Rating 2.0 insurance premiums can be impacted by up to six perils, five of which may be applicable to policies in Southeast Louisiana. The total cost will also be based upon the characteristics of the home, including foundation type, number of claims and replacement cost value. It’s possible for neighbors to have wildly different premiums, especially if one home has a much higher value.

During phase one of the rollout, Graves (R-Louisiana) saw policies that were previously under $600 annually spike up to $5,000 to $9,000 per year. The biggest impacts thus far have been seen in Lafourche, Terrebonne, St. Charles and St. John the Baptist parishes.

“This is the worst April Fools joke ever. It’s just an awful policy, especially on top of all of these other compounding problems like inflation, electricity and gas eating away at people’s paychecks,” Graves said. “It actually devalues your home. You are writing one check for your mortgage that is going towards the principal, home insurance, mortgage insurance and flood insurance. If we are seeing rates go to $5,000 to $9,000 per year, that is hundreds of additional dollars a month, and you’re not getting anything extra for it.”

The legacy system was based around the National Flood Act of 1968 and has been in use since the 1970s.

“It was supposed to be a self-sustaining program…We are now $20.5 billion in debt. We have paid out for the past six years consecutively $1.2 billion,” Giron said, noting that 33% of claims have come from Flood Zone X, which is supposed to have a minimal flood risk.

“We had to implement changes in the way we collect flood insurance premiums,” he said.

Graves attributed increased flood vulnerability to the loss of protective wetlands, as well as increased volumes of water coming down the Mississippi River from northern states.

“We’ve lost 2,000 square miles of our coast, not because anything we did in Louisiana, but primarily because of federal actions,” Graves said. “How do you charge Louisianans for that?”

Graves and Congressman Troy Carter were blocked from offering an amendment to stop the effects of Risk Rating 2.0. However, Graves said the fight is not over.

“We have been working on this for a year now, but it’s going to take greater awareness from members of Congress as communities around the country are beginning to be so negatively impacted,” Graves said. “There are people who have thousands of constituents who are being negatively impacted. After April 1, as more people start receiving these higher bills, that’s when you’re going to have people freak out and start getting more engaged on solutions.”

Hotard said the new FEMA Risk Rating 2.0 could not come at a worse time for residents who were recently devastated by Hurricane Ida and do not deserve to be victimized again.

“It is a must that there is significant NFIP reform now, and I support our regional leaders in this collective pushback of harmful rate increases,” she said.

During the March 24 meeting in LaPlace, the St. John Parish Council approved a resolution asking Congress to delay the new rating system. According to Hotard, many policyholders are expected to receive renewal premiums up to 800% higher than previous premiums.

Hotard was reminded of how many municipalities were able to push back on the harmful effects of the Biggert-Waters Act in 2012, which was associated with similar flood insurance hikes. After a lot of push back, the Grimm-Waters Act, also known as the Homeowner and Flood Insurance Affordability Act of 2013, was passed to temper the effects of cost increases.

Hotard said Risk Rating 2.0 seemed to move in “a little more quietly” amid the COVID-19 pandemic and the aftermath of Hurricane Ida.

During the council meeting, Hotard said it was important that St. John Parish not only object to Risk Rating 2.0, but formally object to it via a resolution.

The resolution asked Congress to delay implementation until local governments have been offered a public comment period to address the following: (1) clarification from FEMA on how additional perils outside of storm surge and rainfall are factored into the National Flood Insurance Program; (2) clarification from FEMA of how full risk rating is calculated, (3) report from FEMA including data on how many current policyholders have been offered to opt into the new system since October 2021, broken down by state, and (4) further information on how FEMA takes into consideration feasibility and sustainability into the fiscal calculation of the program’s deficit plan.

“Insurance prices are ridiculous now, and I think we are going to out-price our citizens. We owe it to them to do all we can to ensure that they don’t have to be without insurance because they can’t afford it. Whatever we can do, let’s do it,” Houston said.

Hotard shared that there is bipartisan opposition in Congress not limited to Southeast Louisiana.

“There was a lot of good discussion at the Police Jury Association about how many communities are actually coastal communities and the percent of the country’s population that is impacted,” Hotard said. “There is gaining opposition. Of course, the program needs to be looked at, and it needs to remain solvent; however, not on the backs of the policyholders.”

For more information on Risk Rating 2.0, including spreadsheets breaking down the number of policies seeing cost increases by zip code, visit www.fema.gov/flood-insurance/risk-rating.