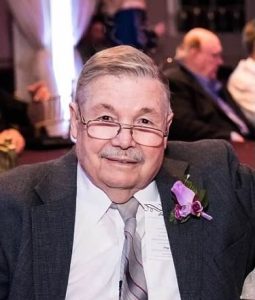 Mr. Luke was a veteran of the United States Navy and served in the Korean War.  He would later go on to retire from Dupont Chemical in LaPlace.

Relatives and friends are invited to attend the visitation at St. Charles Borromeo Catholic Church, 13396 River Road, Destrehan, LA, on Friday, April 1, 2022, beginning at 9:30am.  A Mass of Christian Burial will be held at 11:30am with burial to follow in the church mausoleum. In lieu of flowers, the family requests masses to St. Charles Borromeo Catholic Church.  To sign the online guestbook, please visit www.HCAlexander.com.