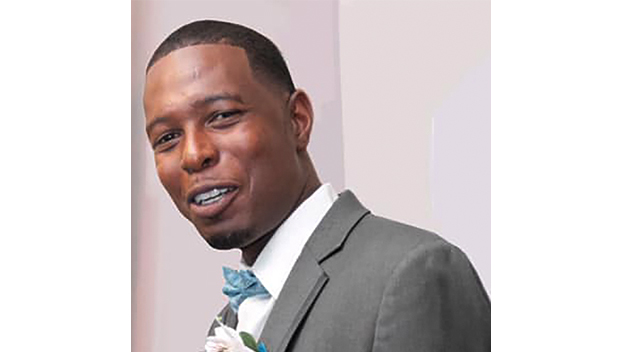 It was after 11 p.m. the night of March 19, 2019 when Farnell got the call that her son, 36-year-old Joradae Grows Sr., had been stabbed in the chest inside his home in Edgard. Emergency responders arrived to administer aid and managed to resuscitate Grows three times. The fourth time, his heart stopped, and he succumbed to his injuries on scene.

First responders told the family Grows was sleeping in a back bedroom at the time of the attack. His wife, Rita Baker Grows, was developed as a suspect for the stabbing and detained outside of the residence. After somehow managing to escape the marked police unit in handcuffs, Baker Grows turned herself into the Sherman Walker Correctional Facility the next day and was booked on charges of second-degree murder and simple escape.

The couple’s five children, ranging in age from 15 to 7 at the time, were home and uninjured during the assault.

Three years later, Farnell feels no closer to finding closure in her son’s murder. It breaks her heart that the person who brutally stabbed her son remains out of jail with no restrictions.

“I’ve been going to court almost every month. It’s always the same thing – reset, reset, reset,” Farnell said. “It’s going to be three years that my son’s been dead. We’re not moving forward, and I’m tired. I want justice for my son. I want this to end.”

Farnell will never forget the night of her son’s murder. She was alarmed when her daughter called and said Grows had been stabbed, but she didn’t realize how critical the situation was.

Another call came in, this time from her cousin, to tell her Grows was being airlifted to the hospital.

Farnell jumped in her car. By the time she reached the grain elevator in Reserve, her cousin called back and said emergency responders were working on him at the scene.

By the time she raced over the bridge and made it to Edgard, she was told to park at a family member’s house instead of coming to the scene.

“When she told me that, I knew my son was dead already,” Farnell recalled, tears forming in her eyes at the memory.

Family and friends approached her car after she parked. “Please, just tell me my son’s not dead,” she said, but she didn’t get the reassurance she wanted.

“Where’s my child?” she asked again. No one said a word, yet the silence spoke volumes.

Farnell remembers dropping to the ground when she heard the news. By the time she made it to the scene, Baker Grows had escaped from police custody. Farnell had to walk down the street as her cousin, a local firefighter, identified Grows’ body.

Farnell recalled that the relationship between her son and his wife had been turbulent for years. As unhealthy as it was, he truly loved his wife. It wasn’t until after his murder that Farnell heard from her son’s friends that he was tired and was finally ready to leave.

The family remembers Grows as a “providing man” who was known for his smile, giving spirit and happy demeanor. Known to the community as “John Boy,” he was always the life of the party and told the corniest jokes.

“Everybody loved him. He would do anything for anybody. He was just a humble child,” Farnell said. “He would go to work at Dow, maybe go down the street and get a little beer, then come home and make sure those children had something to eat.”

Grows and his wife had three children between them. While his wife had two children from a prior relationship, Grows loved them just the same and claimed all five children as his own.

Farnell worries for the mental state of her grandchildren after the trauma they have endured. Now 14 years old, Joradae Grows Jr. is the spitting image of his father, both in appearance and in character.

“Everything his daddy knew how to do, he knows how to do,” Farnell said.

It was heartbreaking to see Joradae Jr. lean over the gravesite on Father’s Day last year, devastated that his parent and best friend is gone.

Farnell will return to court on March 9.

“Even if it wasn’t my child – even if it was someone else’s child – it’s time for something to happen. I want this to be over,” Farnell said.