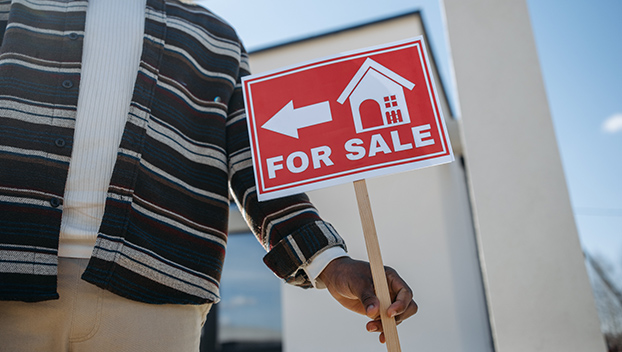 It's still a seller's market despite devastation from Hurricane Ida in St. John the Baptist Parish, according to a local realtor.

LAPLACE — While not as hot as it was before Hurricane Ida, the real estate market in St. John the Baptist Parish is making a comeback, according to local professionals.

Ronnie Luman of Pelican State Realty said the market is steady, and hope is on the horizon.

“People have decided to rebuild. They’re not flocking out of the parish. Things are looking up,” Luman said. “There have been more people looking to rent for six months and rebuild their home than people looking to sell their home and move away. LaPlace is their home. It’s my home. There’s no other place like the River Parishes, in my opinion.”

Luman believes the strong response from the parish government and St. John Sheriff’s Office in the aftermath of the hurricane has been a contributing factor for families deciding to stay. He also sees the business community rebounding, with major chains like Chik-fil-A and Aldi under construction in LaPlace.

“Business is coming back, and the levee is coming. It’s drawing people back to the River Parishes,” Luman said. “It’s a seller’s market because there’s more buyers than sellers. Once a house goes on the market, if it’s priced right, there are multiple offers. Before the storm, houses were on the market for around 24 hours and then they were gone. We aren’t back to pre-Ida yet, but it’s making a comeback.”

The rental market saw a huge surge after the hurricane, according to Luman, and there continues to be high demand for six-month rentals across the region.

Elaine Burns, loan officer for Regions Mortgage in LaPlace, said a lot of families are at a standstill while waiting for repairs on their house to be completed.

“It seems like a lot of people I’m dealing with aren’t ready to sell until they finish their repairs, or they are wanting to stay in the house. There’s a lot of people wanting to renovate. I think there are more people that want to fix their homes and stay in it than people who are trying to get out,” Burns said.

She added, “The people who I’ve talked to who are wanting to get out and sell are the people who have flooded twice with Isaac and Ida. They don’t want to deal with flooding a third time. They may not necessarily be moving out of LaPlace, but they want to move to a different location.”

Burns has additionally seen an uptick of inquiries from investors looking to flip gutted homes using a commercial loan.

Regions also offers repair/renovation loans for those who want to live in the house after the work is complete.

“Whether they buy it or they already own it and we’re doing a renovation, we will lend up to 90% of the total cost. Another good thing with our program is that they can lock the interest rate upfront before they start with any renovation or construction,” Burns said. “A lot of other lenders require a construction type loan and then they have to refinance and start over with a new loan. They are paying closing costs twice and they have a different interest rate. Right now, people are concerned rates are going to go up, so we lock them in and they don’t have to worry about rates while they are renovating.”

Burns believes historically low interest rates over the past two years created a high demand for real estate, especially among families looking to get better terms on their loan as they upsize to a larger home. Rates have begun to tick back up, though it’s still possible to get below 4% or even below 3% in some cases.

“I’m working with customers who are getting cash out to do things, maybe pay off other debt or reduce their payment. The cost of insurance is going up. The cost of everything is going up,” Burns said. “People are refinancing. Even if they go back to 30 years, they are reducing their monthly payment so they aren’t struggling to make ends meet.”