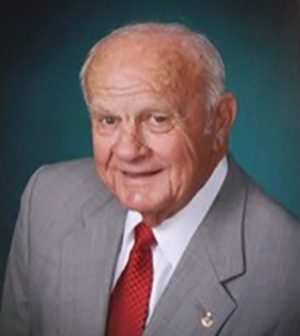 Butch was a native of Mount Airy, Louisiana. A devout Catholic, Butch was a member of St. Joan of Arc Catholic Church and the Archdiocese of New Orleans which bestowed on him the prestigious Order of St. Louis Medallion for exemplary service to the church. Butch is a graduate of Leon Godchaux High School and Louisiana State University where he received his Bachelor of Science degree in Agriculture. After earning his degree, he served in the U. S Navy. He received his Master’s Degree from Nichols State University and Plus 30 toward a Specialist Degree from Southeastern Louisiana University. He was employed by the St. John Parish School Board for 32 years where he served in several positions.  In addition to his beloved LSU Tigers, Butch dedicated himself to his family and his community, serving as Grand Knight of the Knights of Columbus Council #5935 where he attained the rank of 4th degree and became a lifetime member. He served as both Secretary and President of the LaPlace Lions Club and became a lifetime member as well. He was a founding member of the St. John the Baptist Parish Library Board of Control which named the Central branch after him in honor of his 53 years of service. He was a duke in both the Krewe of Allovus and Krewe du Monde Carnival Balls and reigned as King du Monde X.

The family will receive relatives and friends at St. Joan of Arc Catholic Church on Tuesday, January 25 at 9:30, followed by a Mass of Christian Burial at 12 noon. Masks are required. Butch will be interred at St. Peter’s Catholic Cemetery in the Millet family tomb.

In lieu of flowers, Mass intentions are preferred.