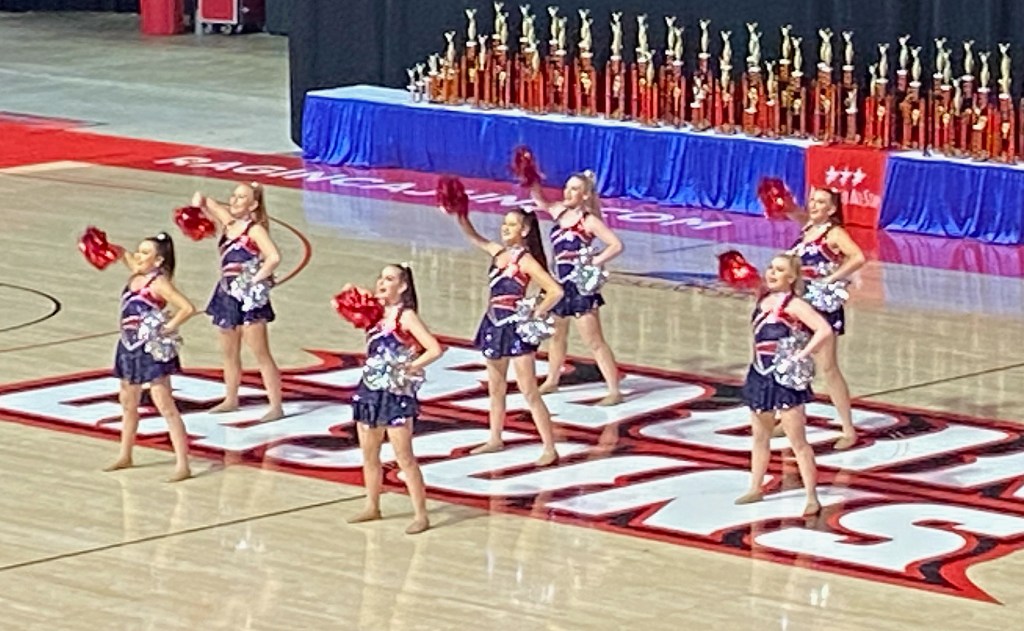 The girls gave it their all and finished first in Division One with their Open number “Hero” this past weekend at the Cajun Dome in Lafayette.

The Southern Sweethearts also placed second in their division in Pom with a high-energy Bruno Mars mix and fourth in their division in Jazz with a number called “Hold Me While You Wait.” Senior Christy Louque stepped into the spotlight with a solo performance on Saturday in advance of the team competitions on Sunday.

The dance team is under the direction of sponsor Ashley Waguespack and band director Darryl Clement.

“We’re such a small school, and they’re such a small team,” Waguespack said. “None of these girls have grown up dancing together. They all come from different places, and they work extra hard to come together as one team. They did really well this weekend.”

Competing against larger groups wasn’t the only challenge this time around. A majority of the team was quarantined at home due to the explosion of Omicron cases across the River Parishes just two weeks before the championship. The community is also continuing to persevere through the aftermath of Hurricane Ida, which left some members of the team displaced from home and limited their opportunities to perform during the first weeks of the 2021 football season.

To top it all off, two girls on the team were recovering from injuries shortly before the state championship. Thankfully, they were still able to compete and show off the dances they have poured so much time and effort into.

Waguespack particularly enjoyed the Pom performance this past weekend in Lafayette.

“It was high energy, and I think it was one the girls really enjoyed doing as well. They can really bring out that energy and get into the routine,” she said.

Waguespack looks forward to bringing Pom and the other award-winning routines to the next dance competition. The girls will have another opportunity to perform their numbers from state this March at Grace King High School in Metairie.