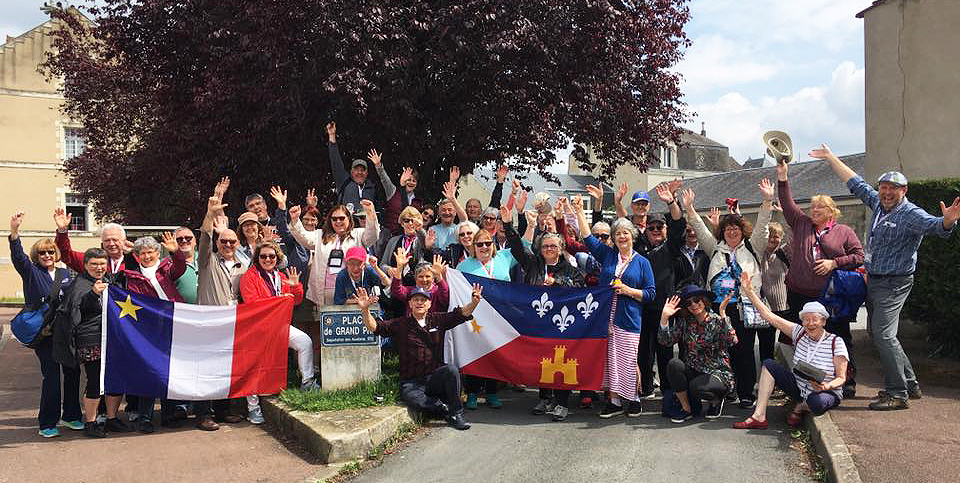 LAPLACE — Haydel, Zeringue, Ory, Triche, Toups — Many of the surnames abundant today in the River Parishes trace back to the earliest settlers of the German Coast in 1721. This Spring, locals are invited to discover their ancestral hometowns through a 19-day German Coast Tricentennial Tour through Germany, France, Switzerland, Luxembourg and Belgium.

The heritage tour will be hosted by Seitz Travel from May 12-29, 2022, beginning with an overnight flight to Frankfurt, Germany on Wednesday, May 11.

Cynthia Breaux Seitz has always dreamed of walking the same streets as her ancestors. Growing up in Golden Meadow, Louisiana with French-speaking grandparents, she always assumed she was 100% Cajun. It wasn’t until she was a teenager that she delved into research at her local library and discovered ties to Germany, the Canary Islands and other regions of Europe were embedded in her DNA.

After her youngest child graduated from high school in 2017, Seitz decided it was time to travel the world and walk in the footsteps of her ancestors.

“I’ve always had a burning in my soul to be able to go to those places. It’s something I can’t explain. I figured other people in Louisiana have the same longing in their soul as I did, and that’s what made me decide to start doing these tours,” Seitz said.

The year 2021 marked the 300th anniversary of the settlement of the German Coast. Pioneering families from Alsace, Lorraine, the Rheinland and Switzerland were recruited by John Law to settle areas in present-day St. Charles Parish. As their community grew, settlements extended into St. John the Baptist Parish and later into St. James, Ascension, Iberville and Point Coupée parishes.

Since the modern-day country of Germany did not unify until 150 years after these settlers came to Louisiana, these ancestors came from various kingdoms and principalities united under the common Germanic languages. Within three generations of living in Louisiana alongside the Acadians, Germanic names were Gallicized and the French language became predominant across the German Coast. However, the German influences are still found in culture and cuisine, including St. John the Baptist Parish’s famous Andouille sausage.

Seitz has worked with the German-Acadian Heritage Society for the past two years to put together a comprehensive tour. Curated to the history and culture of those whose ancestors settled the German Coast of Louisiana, the package includes bus transport to destinations, local tour guides who bring history to life, 17-night hotel accommodations, two meals per day beginning on May 12, and entrance fees to various attractions and activities.

Father Frank Uter and German-Acadian Coast Historical and Genealogical Society President Jay Schexnaydre will be accompanying travelers on this tour.

“We’ll be visiting a lot of the ancestral towns of the Haydels, the Zeringues, the Orys, the Triches, the Folses and the Frederics that have a lot of descendants living here today. It will include a lot of the bigger names in this area, and the smaller names, too, depending on how our route develops,” Seitz said. “If you’re coming and we overlooked a family you descend from let us know and we can make every attempt to incorporate it into the itinerary.  Likewise, if no one in the final group is descended from, a particular family, we’ll be eliminating those stops to maximize time elsewhere.”

Other family names linked to destinations in Germany, France, Switzerland, Luxembourg and Belgium include but are not limited to Trosclair/Troxclair, Tregre, Laiche, Toups, Schneider, Huber and Waguespack.

Adventures on the German Coast Tour will include enjoying authentic dishes in Alsace and Lorraine, cruising the Rhine River alongside medieval castles, and visiting the site of the longest battle of World War I in Verdun, France.

One stop on the itinerary is to the birthplace of twin brothers Ambrose and Casper, ancestors of the Haydel family. At this stop, travelers will also dine at a family-owned restaurant and biergarten that has been in business since 1688.

Another stop will introduce travelers to towns where their German Coast ancestors were put on trial and imprisoned.

In 2023, Seitz Travel plans to add an Acadian Heritage Tour allowing Acadians from Louisiana and Canada to visit ancestral villages in the provinces of Poitou, Brittany and Normandy. Also in the works for 2023 are Northern Italian, Southern Italian and Sicilian Heritage Tours.

A webinar outlining all of the details for the German Coast Tricentennial Tour will be held at 7 p.m. on January 30, 2022. The registration form is available at www.seitztravel.com, and a link to the webinar can be provided for those unable to watch it live.

Additional questions can be directed to Seitz by calling 985-991-6178 or by emailing cynthia@seitztravel.com.