Dominick Joseph Cuti departed this earthly life Sunday, January 2, 2022, at the age of 90. He was born in New Orleans on Sunday, December 27, 1931, and was a resident of Norco, Louisiana, since the age of 10. He was a graduate of Destrehan High School and in 1952, during the Korean War, he was drafted into the U.S Army and stationed at Fort Rucker Army Base in Ozark, Alabama. 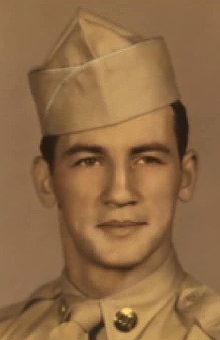 While in Alabama, his talent as a singer-songwriter and guitarist led him to the love of his life, Betty Ruth Goodson. Dominick and Betty met while singing on a local radio station in Ozark. They were married on March 20, 1954. Over the next six decades, they sang countless duets, oftentimes focusing on songs of worship. They are now reunited in the loving arms of Jesus, harmonizing once again.

Dominick was devoted to reading his Bible daily and sharing his love of the Lord. He was a long-time member of the Church of Christ where he served as song leader for many years.

Dominick was a skilled carpenter and a jack of all trades. He custom built a five-bedroom home that held decades of treasured memories. He shared his love of family in a special way and his jolly spirit seemed to blossom in his later years. His hospitable nature always made sure everyone who entered his home had something to eat. He was funny and even while enduring health challenges, he had the brightest smile, always cheering “Hallelujah!” and making silly noises to make his great grandbabies laugh. 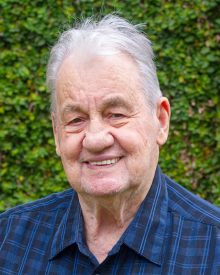 The family would like to thank friend and caregiver, Diane Truax, Heart of Hospice, and the staff of SE Louisiana Veterans Home for caring for Dominick most recently. In lieu of flowers, donations to The Louisiana Alzheimer’s Association (www.alz.org/louisiana) or The Louisiana Cancer Research Center (www.louisianacancercenter.org) may be made in his memory.

Visitation will be held from 10 a.m. to noon, on Thursday, January 6 with services to follow at H.C. Alexander Funeral Home, 821 Fourth St. in Norco. Interment to follow at St. Charles Borromeo Cemetery. Please share your condolences and special memories at www.HCAlexander.com.