Adding to the difficulty of finding qualified workers this season, 42% of U.S. companies say employee turnover has increased this year, costing businesses an overall average of $26,511 annually in lost productivity and recruiting, according to a new survey from The Harris Poll commissioned by Express Employment Professionals.

That figure is even higher for 21% of companies that say the price tag to replace employees overall is $50,000 annually or more. This proportion swells to 34% for the largest companies (500+ employees), but only 4% for the smallest companies (Two to nine employees).

Beyond the financial impact of employee turnover, around 2 in 3 (68%) companies agree this challenge places a heavy burden on existing employees. In response, the majority of businesses (80%) plan to rehire workers, generally either to keep the same level of employees (36%) or to increase their overall employee count (34%).

Among those that have experienced an increase in turnover, the most common reasons are more advancement opportunities elsewhere (37%) and better pay/benefits offered elsewhere (35%). Around 1 in 3 hiring managers say vacancies increased due to employees resigning (33%) or retiring (33%) and/or better perks elsewhere (e.g., Summer Fridays, unlimited vacation days) (32%).

“Turnover will continue into 2022 because we are in an employees’ market where the fear of losing a job or the stigma that was once a part of that has gone,” said John Culpepper, Express franchise owner in Georgia. “Employers are looking past short tenures because they need workers so badly. Companies are willing to take a chance that they will be the company an employee will stay at.”

Employers who are struggling to retain workers right now should focus on company culture since pay may be similar at other businesses, but business operations seem to be behind the times on employee engagement.

“Most turnover happens because the job they are at becomes a burden,” Culpepper said of why workers leave. “If an employee is made to feel like just a number, nothing is keeping them from change. They are constantly looking for a place that is easier for the same pay or where they are made to feel appreciated. Since the first cannot be controlled oftentimes, it’s important to improve the latter.”

Express Employment Professionals serves the River Parishes from its Gonzales office. The company is a member of the River Region Chamber of Commerce and the LaPlace branch of Business 2 Business. 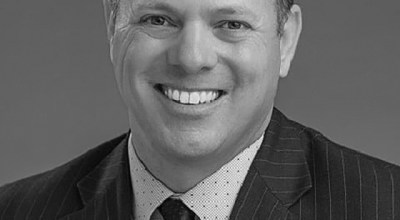 Bourgeois: Do I need an SSDI representative?

January 20 remembered as a day of change

How much have I overlooked?

Workers’ compensation rates down by double digits in 2022